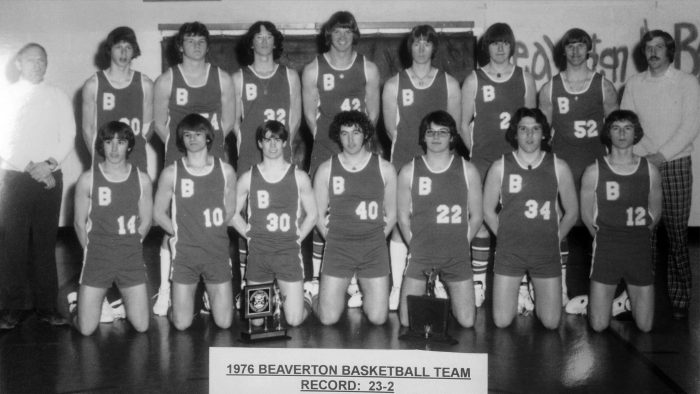 Beaverton takes 14th out of 15

U.S.A. plays run and gun, gun, gun …… They are a very quick team. Their center and forwards are physical. They play a 2-1-2 zone with the two top men or guards doing the hustle and reacting. Their big men stay in and rebound. When a shot is taken both guards release and go down to ½ court for fast break. When we score they take the ball out immediately and try to throw long pass to ½ court for fast break. Ken, your job will be to get your hands up immediately on the man taking the ball out of bounds to prevent this pass. The rest of the team should be getting back and picking up their men quicker than possible.

When your man gets the ball he is going to drive quickly and hard to the basket and shoot. Be ready. You move your feet make them turn and change hands–block out.. As a team they throw the ball all over the gym. They throw long, quick, of the dribble, and often. Their forwards on offense slide back and forth across the lane. They will all move continually trying to speed up the game.

We must make them run an offense and keep the tempo or play slow and calm. They score in spurts, when they get ramming the ball down the court. Be extra slow at these times and if need be we will take a time out. When they get ramming—–DON’T DO THE SAME.

Our game plan is to play tough man to man defense—don’t let them do their thing—move your feet—get position. We will not press to start out, however whenever the guards want to throw on a surprise double teaming man-man press you have the green light to do so.

Remember when transferring from offense to defense — drop back quickly and find your man immediately. You cannot leave your man unguarded at any time. They like to inbound the ball from under their own basket to ½ court.

We must block out at all times and be aware or getting back. Against Carrolton, U.S.A. got 35 baskets – – 18 layups.

Offensively we will play our regular game—good ball control and take the good open shot. What we must do much, much better is hit the offensive boards. This is critical to putting pressure on them so they cannot just free wheel it after we shoot. We must concentrate on offensive rebound position.

We must control the tempo of the ball game. Make U.S.A. march to our Drummer.

Terry is a left handed guard. He is very quick but strictly a left hander. He likes to drive to left corner of floor and shoot a jump shot off glass.

Be sure to make him turn back other way when he is trying to drive to corner. He plays at top or 2-1-2 zone and he leaves and goes to ½ court or deeper right away after shot to get the fast break. He will shoot anytime, anywhere on the floor.

He is a guard – he’s a tough physical quick ball player. When he gets the ball he is going to drive the middle all the way for a layup. Everyone on the team must set themselves for a charging foul. He is going to run you over! He views the entire floor while bringing the ball up the court. When he has the ball you guard your man. He turns his back to you when he drives. He passes one handed off the dribble and is pretty much right handed. Always keep a hand up on his shot. He is quick and can come down and do lots of things with the ball including shooting from outside.

He hits the boards very well. He gets garbage points. He works hard all the time on defense and offense. He got 12 of his 18 points on offensive boards. We must hold him off both offensive and defensive boards every time. They like to throw the high lob passes inside to him. We will front him but play it tight. He uses hook shot coming across the lane.

He is a hard worker. He hits the board well and he is strong. He can shoot from outside if left alone. They will try to lob ball into him as they bring the ball up the court. He is continually moving on offense back and forth across the lane. He is quick for a man his size. Always back on fastbreak.

He is a super sub. He is a good ball handler and a hard worker. He comes in and gets 10 points per game for them. He has a tendency to force lob passes into their two big men from out front as he brings the ball up. He also likes to Shoot from outside.

He is a strong rebounder and a hard worker. He will shoot from outside. He is not as quick as the rest of the team, but he is very strong. 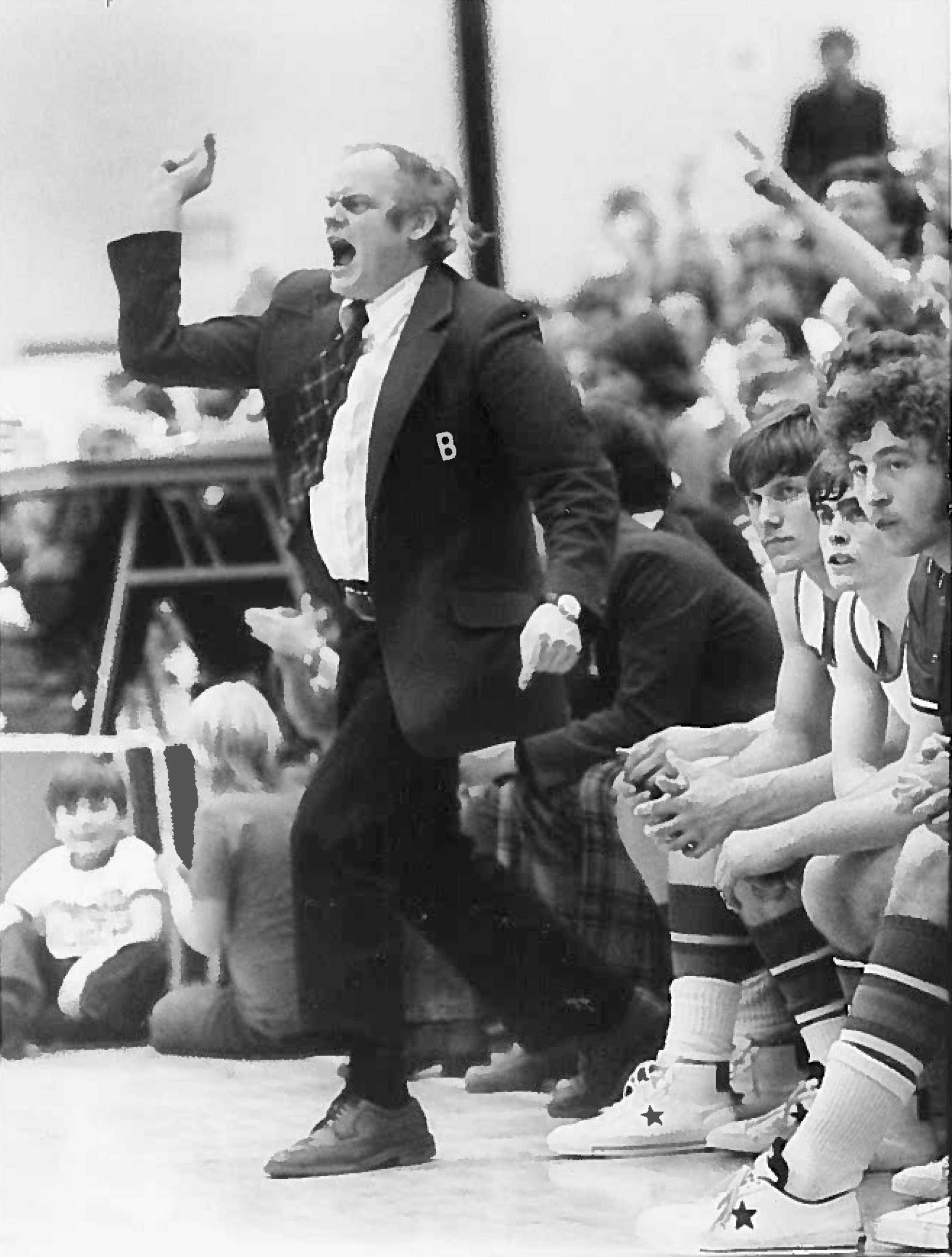 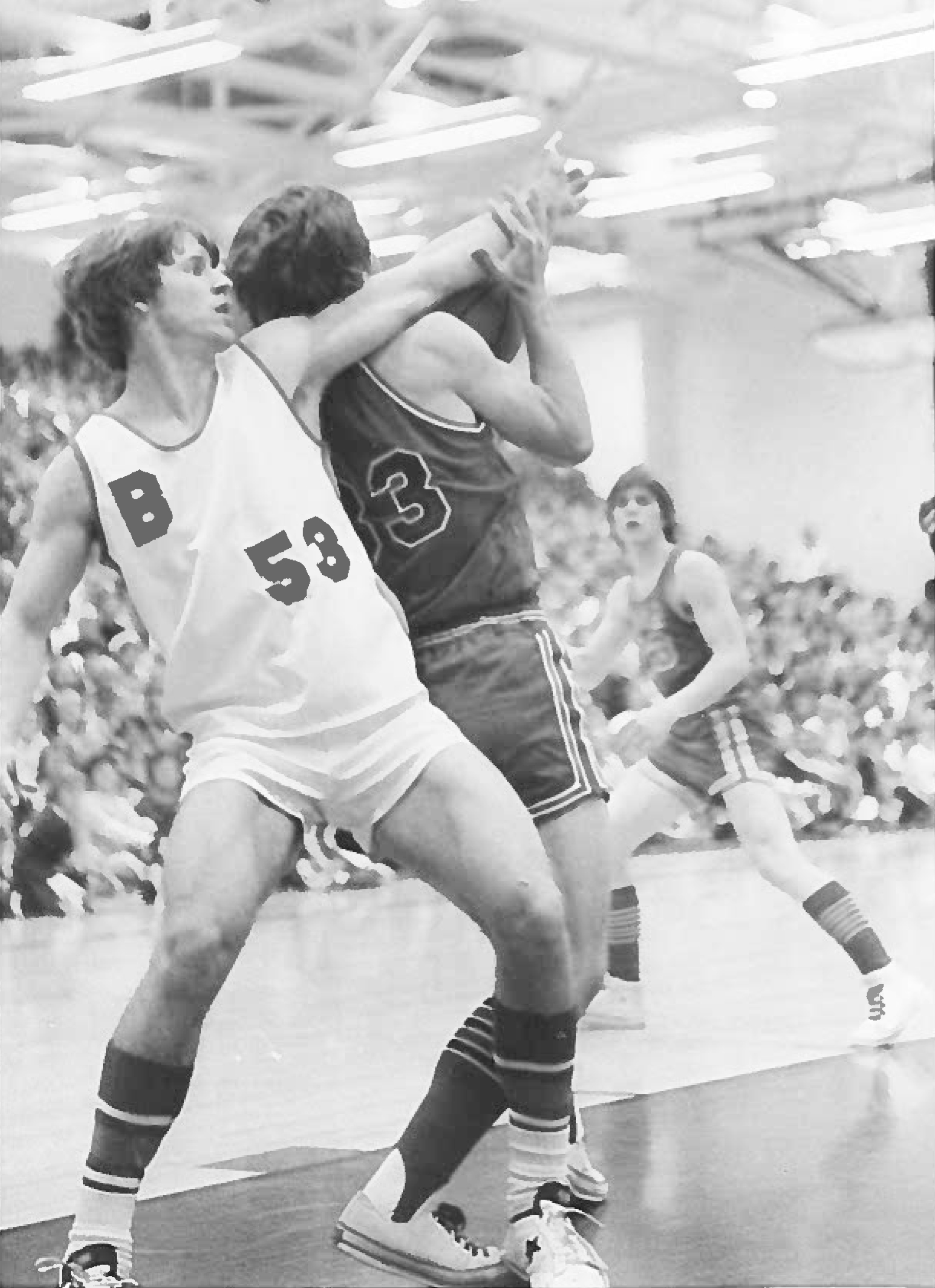 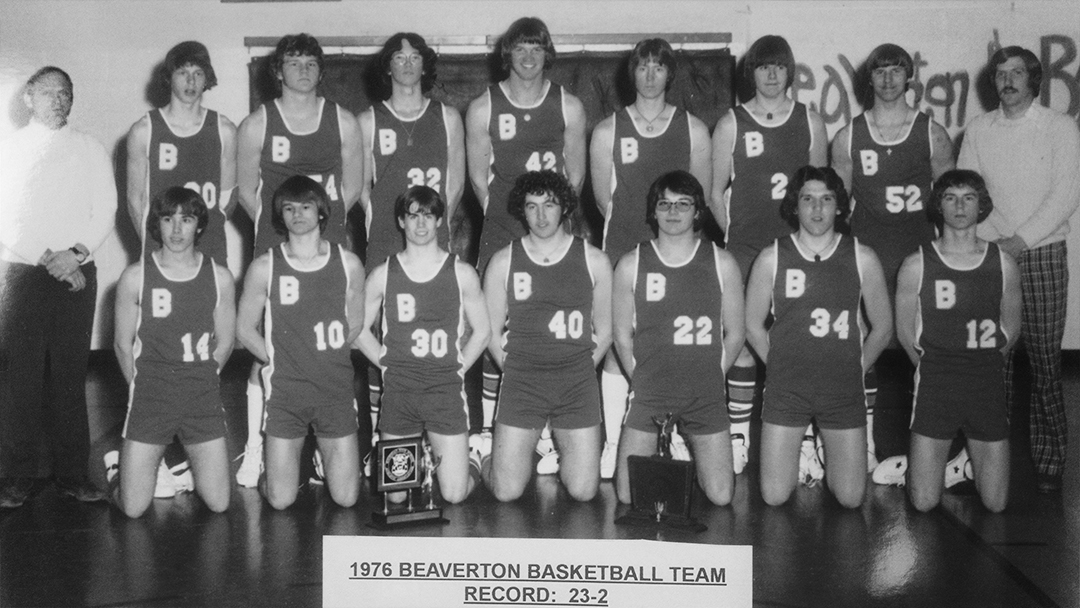 “This was the first Beavers team that I was able to see with any regularity and it hooked me for 40 years. The experience of the playoff basketball that year was incredible. The crowds were huge, the Beaver Shuffle was introduced along with the rhythmic applause during warm ups and the rest is history.”

“Uniform shorts were shorter,  hair was longer, and the memories were great. Thank you 1976 Boy’s Basketball Team and coaches for your essential role in building such a solid program in our town. Very impressive combination of scholar/athletes: I enjoyed working with you in the classroom and playing city league basketball with some of you after you graduated.”