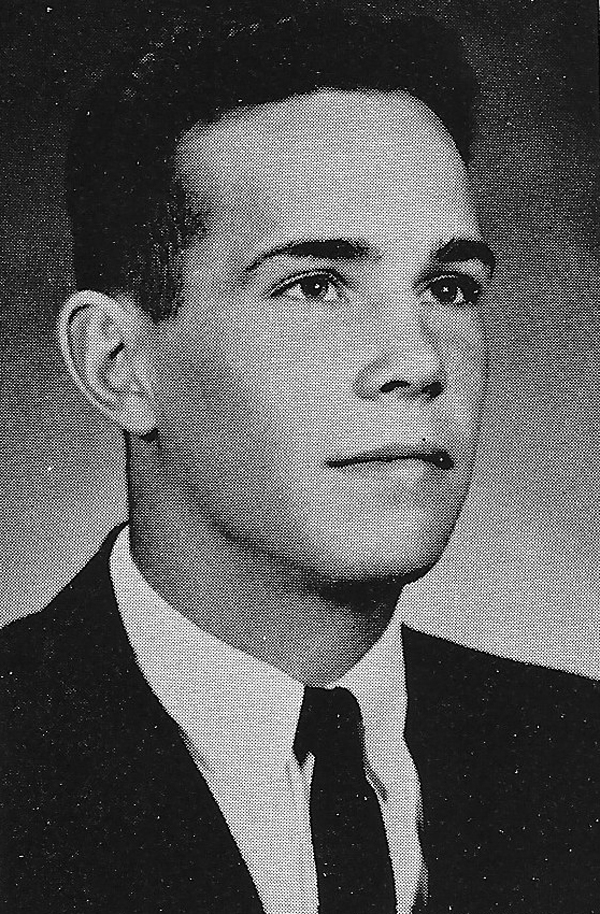 The perfect mixture of size and strength, he led the dominant '62 squad to statewide prominence as the Beavers outscored opponents 222-46. His performance at quarterback, including 431 yards on the ground and 22 yards per pass, earned him All Conference, All Area and All State recognition and cemented his legacy as one of the all-time Beaver greats.

He played in an era of 'run-first, run-second, pass-if-you-must' football, but that didn't stop Jim Newman from becoming one of the greatest QBs in school history. He recently handed off a few choice comments to HOF Q & A.

Like many players in your day, you played multiple sports.

Which was your favorite?

I liked football best because of the nature of the game, the roughness, the hitting and the like.

My backfield. Walt Offenbecker was a good runner who had a lot of good moves - he could fake his opponents. Harley Quillet...this guy was fast, and a good runner. And Homer Warner played as the bread and butter man. If I needed a couple of yards, he’d get the ball and get them. Now and then, I would throw to Walt, but basically we were a running team. The game has changed a lot; you just didn’t throw much back then. It was almost all running.

Doug Redman of Gladwin - he was an All-State player and a good runner. Walt was like him, and we had three backs, but Doug ran all the time. My coach was Joe, and Melvin Skillman my sophomore and junior years.

What was your approach in trying to beat Gladwin?

I never beat Gladwin. We came close the last year, but they had a passing play with 45 seconds to go to beat us.

Since you played at BHS, what are the best and worst things that have happened to high school athletics?

I’m not sure if it’s different players or coaches...it seems like we should be winning, but we’re not as much as we could. The players have changed over time; there's a different attitude. Back then, it was sports, and we lived it - we didn’t dare go to Gladwin alone. It was a different game.

I don’t think I’d change much right now; the game is pretty much the same.

Who was the coach that you learned the most from, and what did he teach you?

I learned from Skillman, who took me to varsity as a sophomore. I was the QB and he pretty well let me run the team. The next year I played for him, and we started to win; then when he left, I played for Joe Mikolajczak, and we had a good year, losing just two games by five points total. One was to Gladwin - Larry Gerow kicked the field goal to go up by three and then they scored with 45 seconds left. We lost by one to Standish that year - we missed an extra point and a field goal at the end.

Larry Gerow kicking the go ahead field goal against Gladwin. From a personal standpoint, I had a 98-yard run against Beal City, and I had a 72-yard run against Gladwin, and also intercepted two passes that game. There wasn’t really play calling nearly as much from the sideline as there is now - it was left to the QB to call the plays. I liked running the ball, just running the sweep; I just liked that play where we could pitch it pass it or simply run it.

Pat Kalahar, Ken Govitz, and the '84 team - Dick Govitz, Dave Hartner, Jeff Johnston, Craig Wolfe, Jamie French, and the other players on that team. I think they were the best team that I recall. I'd have to think on the others - I missed a lot of games over the years due to work.

How about in football?

I would have to say Larry Gerow, Mike Loar, Dick Govitz and Joe Mishler.

What is your proudest BHS moment?

As a player, running the long touchdown, the 72-yarder against Gladwin. As a fan, it’s probably every time we win. It was pretty special as a fan to watch my grandson Ryan in the state baseball run in 2007-08 when he was All-State as a baseball player. Now he’s playing ball at CMU, and he played on the American Legion team that won the World Series.

Are there any thoughts and/or memories you can share on each of the other members of your Hall of Fame class?

I never got to see Ken Govitz play before me, but I heard he was a great player. Dan Grant was a good player. I was working away when Dan was playing, but I heard great things about Dan too. Clarence Metzger was a good old boy. Becky Phillips was another good player, and a leader. I like Dick Van Wieren - he was a good coach, and he brought the teams along when it was really needed. I remember seeing Doyle Durkee coaching, but I most of his playing days. Larry Gerow was a player whose stats speak for themselves. He could sure kick that ball; he was just good. I like Roy - I used to go to games just to watch him. He’s pretty much settled down now. And Mike Loar, he was a good hard player, and so was his brother Larry.

It feels good; it feels real good. I opened my letter and was awfully surprised - I just didn’t know if it would ever happen, It was truly a surprise, and appreciated. 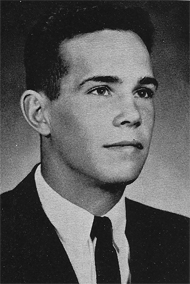 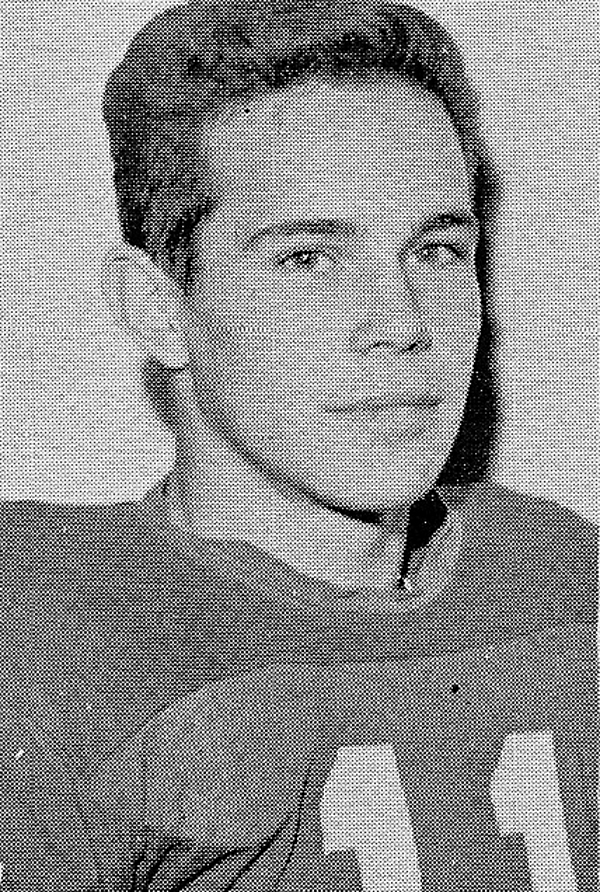 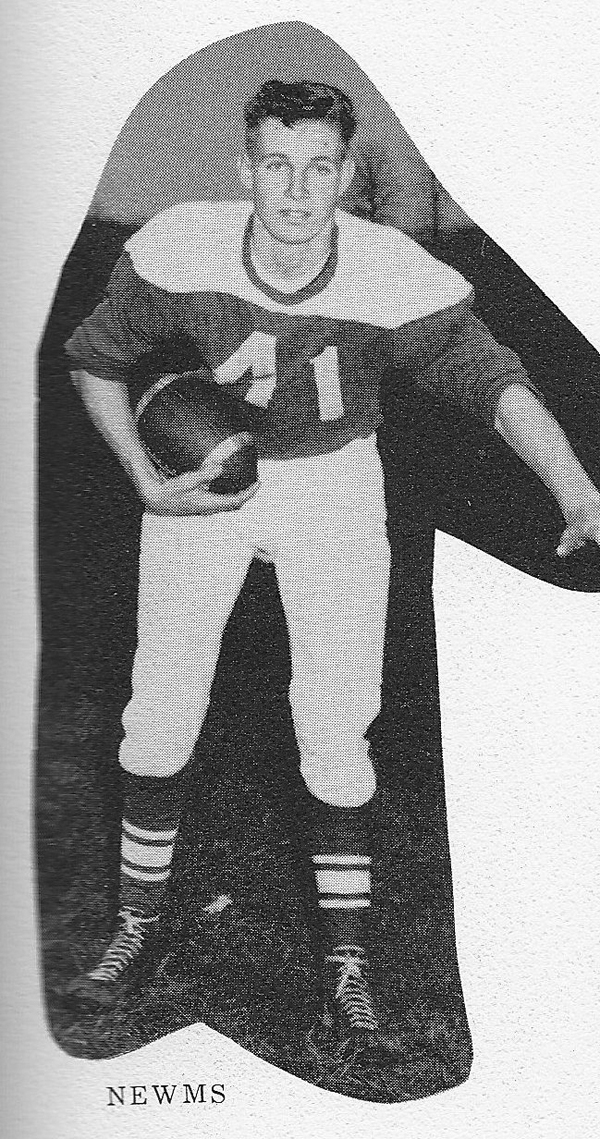 “I still work on the chain gang, and I’ve seen a lot of players. And Jim was the best quarterback that Beaverton ever had. He was just an all-around player; he just seemed to know what everyone was doing and when. He’s not just a good friend, but the best quarterback I’ve ever seen in my time in Beaverton.”

“I think Jim was the best quarterback to ever play for the Beavers. He could throw and run, but his ability to take charge of the huddle and control a ball game, calling the plays, managing the offense, made him outstanding at his position. A solid choice for the HOF.”

“Jim was probably the best quarterback in Beaverton that I can remember – he had the strength, the arm and the size. He just had the right size for the position. He would have played college ball without question. He was always in my mind as being the best there was in Beaverton.”

“When we played, he was a big strong guy who was a good take charge leader. He could throw, and we could run; I thought he was a great player. He was a definite college ball player. He grew up on the farm, was strong and had a good head on his shoulders.”