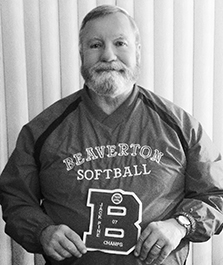 A soft-spoken, undisputed winner in the dugout and beyond, he owned 517 wins over nearly three decades coaching the BHS Softball team at the time of his induction. An All-Area Coach of the Year, he’s known as much for his commitment to others as he is for his excellence on the field. His performance between the lines put him among the coaching leaders in BHS history; his service to others put him among the elite in the community.

What got you started coaching and why girls softball?

When my daughters were playing, there was no one to coach the 16 and under girls traveling team. So I took it, and I had no clue what I was doing. Then the JV coaching position opened up, so I took that for one year. When Rhonda Croutch resigned the Varsity coach position, I moved into that, and Aaron Wentworth took the JV coaching job.

Who has influenced your coaching style?

Well, trial and error was a lot of it at first! But at the time I started, I worked with Melvin Mieske who coached at Bullock Creek. I talked a lot with him, got lots of pointers, and he came up and worked with my pitchers, which helped me out.

Has your coaching style changed at all over the years?

Every year it changes a bit. I just try to keep things positive for the kids, be very honest with them. And no yelling at the kids. When they’ve screwed up, they know it, so yelling at them about it doesn’t help.

What are three high points from your coaching career?

Well, the year I was named Coach of the Year by the Midland Daily News, I don’t remember the year. But really Aaron Wentworth should have been right there too. And I really enjoyed coaching the All-Star game with Alix Price playing, that was very cool. There are so many high points - every conference championship, and those district championships that are so hard to come by.

Of all the conference schools your team competes with, which one is the hardest to beat?

Who are some of your standout players over the years?

There have been so many good and solid players over the years. Some of them are on the wall in the gym, a lot of them aren’t, but they were really great players whether they made the gym wall or not.

Name 3 or 4 traits that are must haves in a good coach.

Honesty, commitment to the sport. Keeping up on new things in the sport as they come along and deciding what to use or not use. Be flexible with the kids, they change all the time. And try hard to not put a player in a position where they won’t succeed.

You and Coach Aaron Wentworth have worked together for many years. How would you describe your coaching relationship?

I think we complement each other. And we both have a passion for the girls softball program.

You are also very active in the community. In your church, the Fair Board, and the Beaverton Activity Center. How important is community volunteering to you and what drives you to be so active?

We aren’t put on this Earth just to take. We are also here to give and help out when and where we can.

How do you feel about your induction into the Hall of Fame? 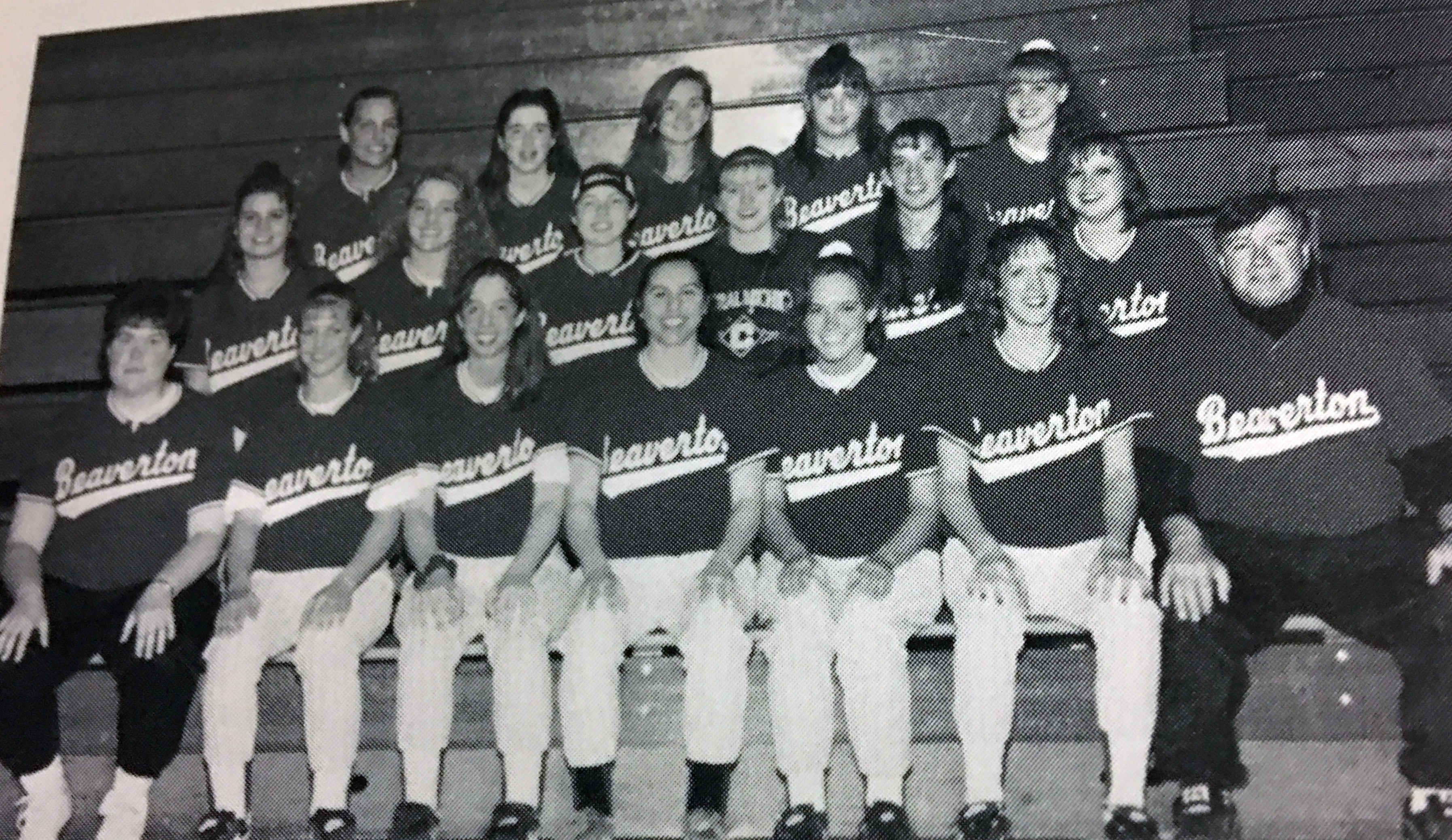 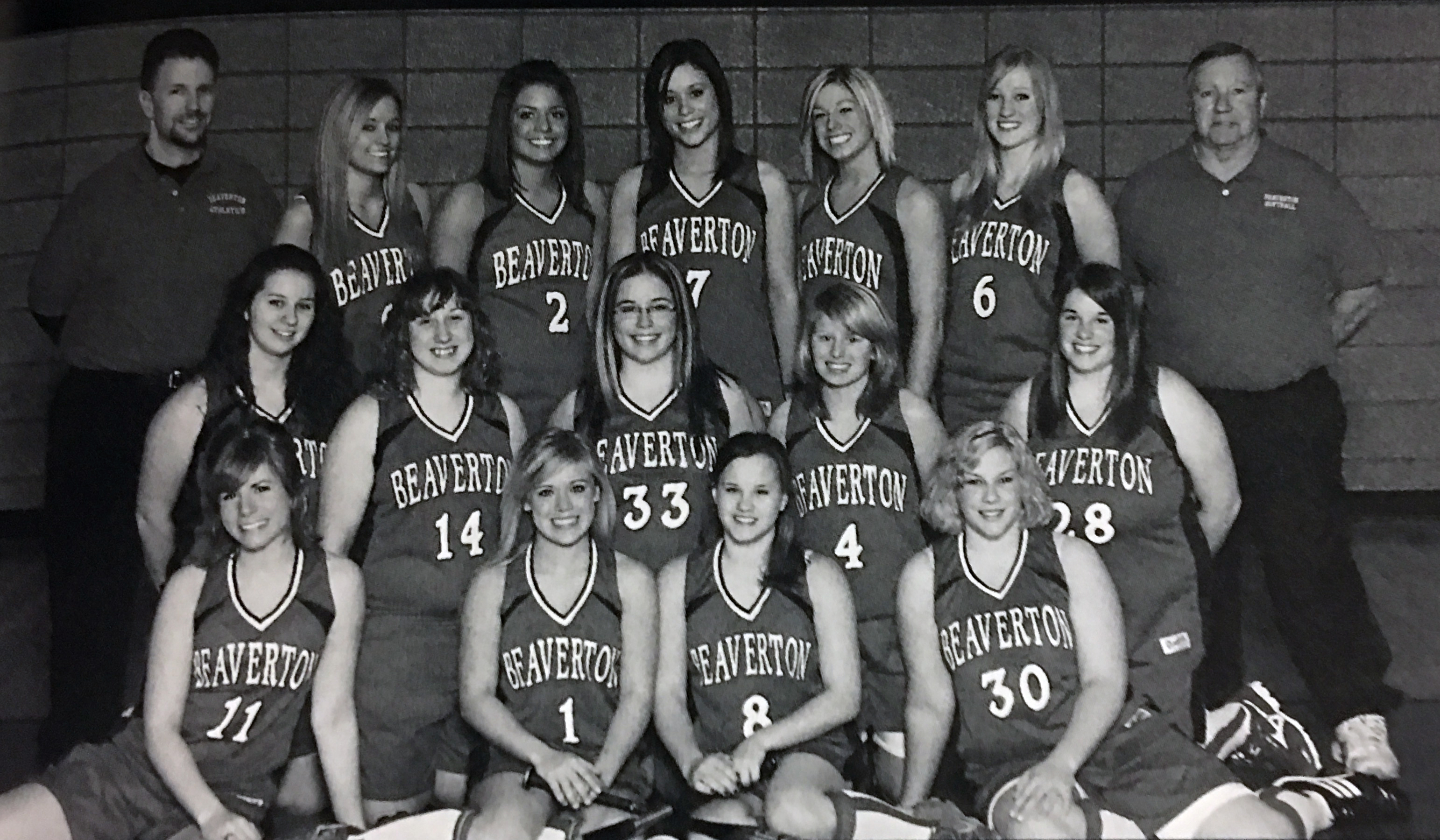 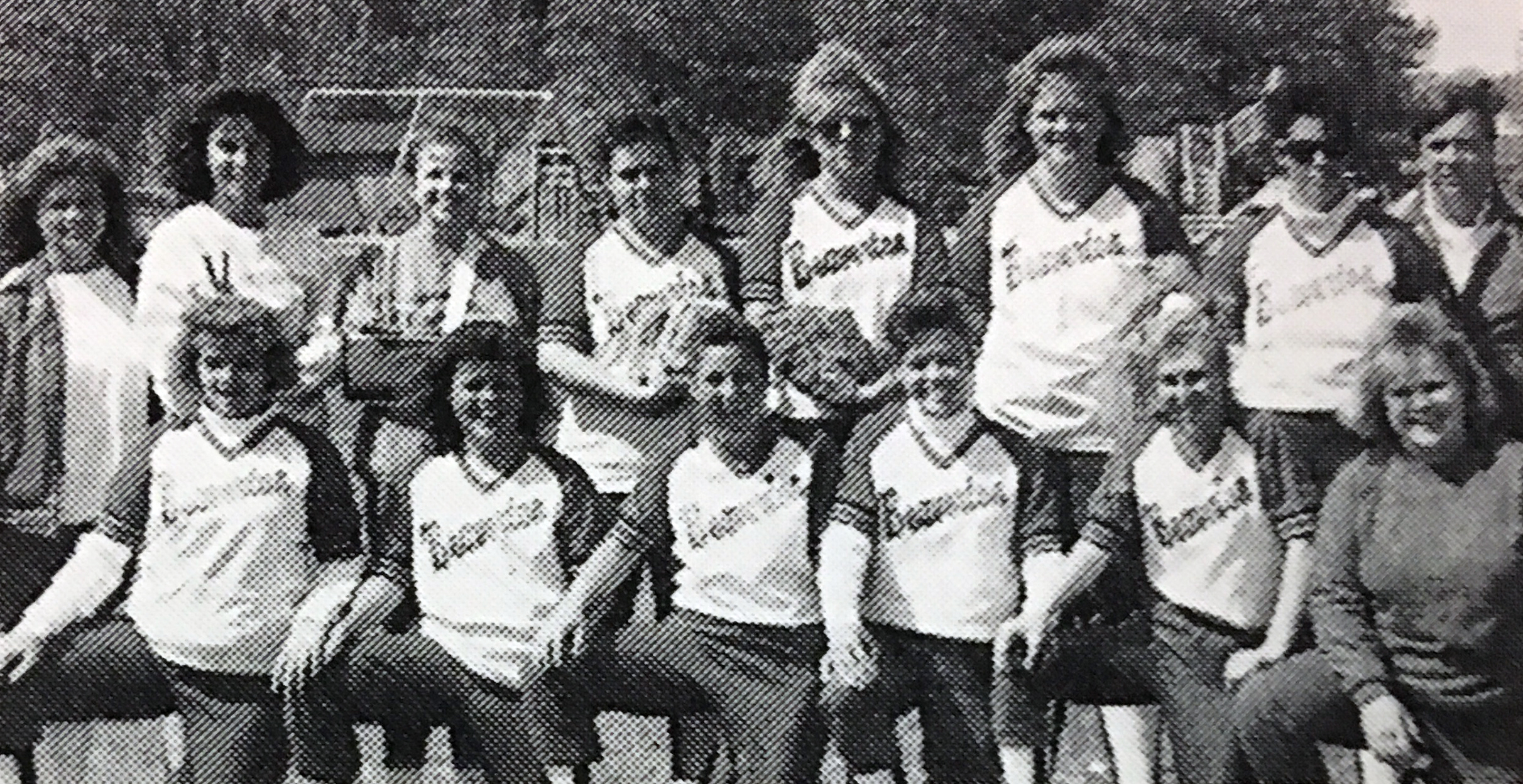 “Congratulations Dan on entering the HOF for coaching softball. You have put in a lot of years as a coach and an equal amount as a community and church volunteer, all of which is admirable. Good for you Dan and thanks for your dedication!”

“Dan is just a great guy, he works so hard helping the community. He just goes full bore all the way, whether he’s volunteering or coaching. I have a lot of respect for him.”

“Coach Dan Whitmer was an amazing coach! He was always smiling and positive, he always knew how to make you smile or pick you up after an error. He was always there early for practice, always hauling around the equipment, making sure we had what we needed, and making sure the fields were drug and ready for us every practice and game. He could hit the best pop flies for practice, and still can. Coach Dan always makes you feel welcome and was always beyond supportive of all the players, he encourages you to be the best you can be. I recently started assistant coaching for JV softball and I see Coach Dan being as dedicated and supportive as he was when I played for him. I was very fortunate to play for him and so are the many other players he’s coached along the way! Thank you Coach Dan for being an amazing coach and for dedicating all your time to help make an outstanding program!”

“This is a tremendous honor for a really great person. Dan has been a pleasure to work with, I’ve worked with him for over 25 years. He is a wonderful role model for the kids, a terrific person, and a great coach. Dan is very deserving of this award.”

“I played varsity softball for Dan from 1993-1996. Our group became like family and Dan was a constant source of encouragement. He was quiet and calm and always kept it together. I feel confident in speaking for the other girls on our team, that we all have fond memories of playing for Dan during those years. Congratulations, Dan! ”