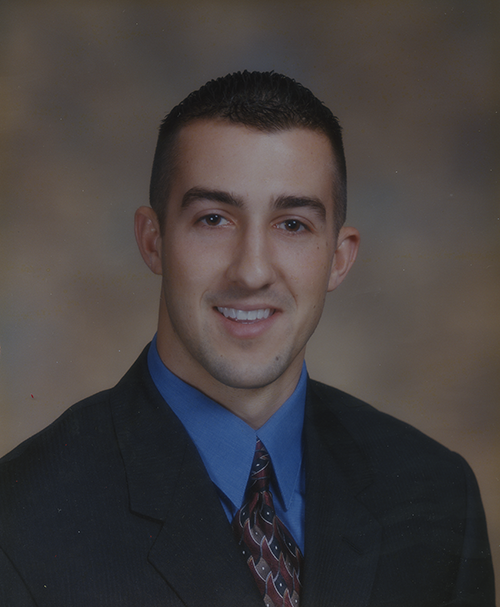 Involvement in the following activities while at BHS

I know that you played multiple sports while you were in high school, what was your favorite and why?

I was fortunate to be able to compete in football, basketball and baseball, but each football season brought another level of energy and excitement. I enjoyed the fast pace, physical nature of the game. There is something special about a crisp Friday night under the lights with the community lining the fence to support their team.

During your success at Beaverton what other players and teammates made you a better player?

I grew up hearing stories of many of the great BHS legends. There is a great tradition of hard working athletes that I aspired to emulate. During my time at BHS, I had the opportunity to play on some great teams, and without a doubt, there are more people than I could name that contributed to my success. I owe a lot of gratitude to upper classman mentors such as Jeremy Sawyer, Corey Pohlman, James Ruhle and Steve Cingano. They were all great competitors that supported me and allowed me to mature as an athlete. Additionally, I was very fortunate to play with some great friends such as Craig Hartley, Brent Morse and Mike Alexander.

Who were other players from other schools that gave you the most headaches?

I always felt an extra competitive nature when playing Gladwin. I played summer baseball with Kenny Johnson, Josh Farling and Jeff Chillman from Gladwin. Every time we faced each other on the field/court there was a little extra friendly competition.

What coach or coaches influenced you the most and how did it impact you today?

I owe the greatest gratitude and thanks to my parents Jim and Vicki Richardson. They provided me guidance and opportunities that paved my road for success. They have always led by example and I continue to try to follow in their footsteps. From an athletic perspective, coach Roy Johnston was the most influential coach during my time at BHS. He instilled a work ethic and a drive to win that is the epitome of Beaverton basketball. Practices were tough and he pushed each player to be better.

Give us your 3 favorite memories as a Beaver athlete?

Running back the opening kick-off at Gladwin my senior year.

Going coast-to-coast in the last 6 seconds and hitting the winning bucket at Gladwin my sophomore year.

Stealing home on a pitch at Houghton Lake my senior year.

What is your proudest memory as a BHS alumnus?

My proudest memory as a BHS alumnus would be graduating valedictorian. When I look back at my time in Beaverton, I am satisfied with the effort that I devoted to academics.

Was there one team that you played on that was very memorable?

One of my most memorable teams would be the ’98 basketball team. I was a junior along with Brad Durkee, Chad Arthur, Brand Ireland, Brandon McCabe, Todd Codling, Jason Crockett, Dan Leddy and Jeff Burdick. The Seniors consisted of James Ruhle, Brian Veitengruber, Ben Hicks, Jason Mishler and sophomore John Block. We had been very successful as a team and there were a lot of expectations for this season. We won the Jack Pine conference and the Districts against Gladwin. We suffered the first loss of the season in the Regional final to Menominee. We ended the season with a 23-1 record.

Was there one play that you could have had back and do over again?

As in life, there are always opportunities to work harder and improve. I feel, however, that I maintained a level of dedication and intensity of which I am proud. 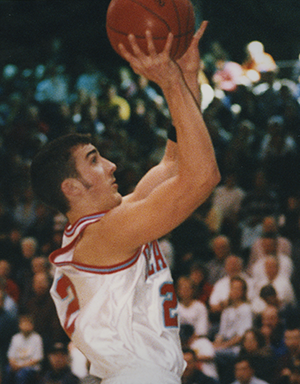 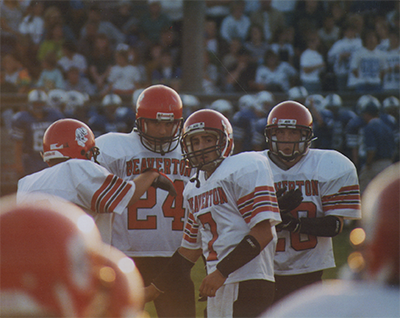 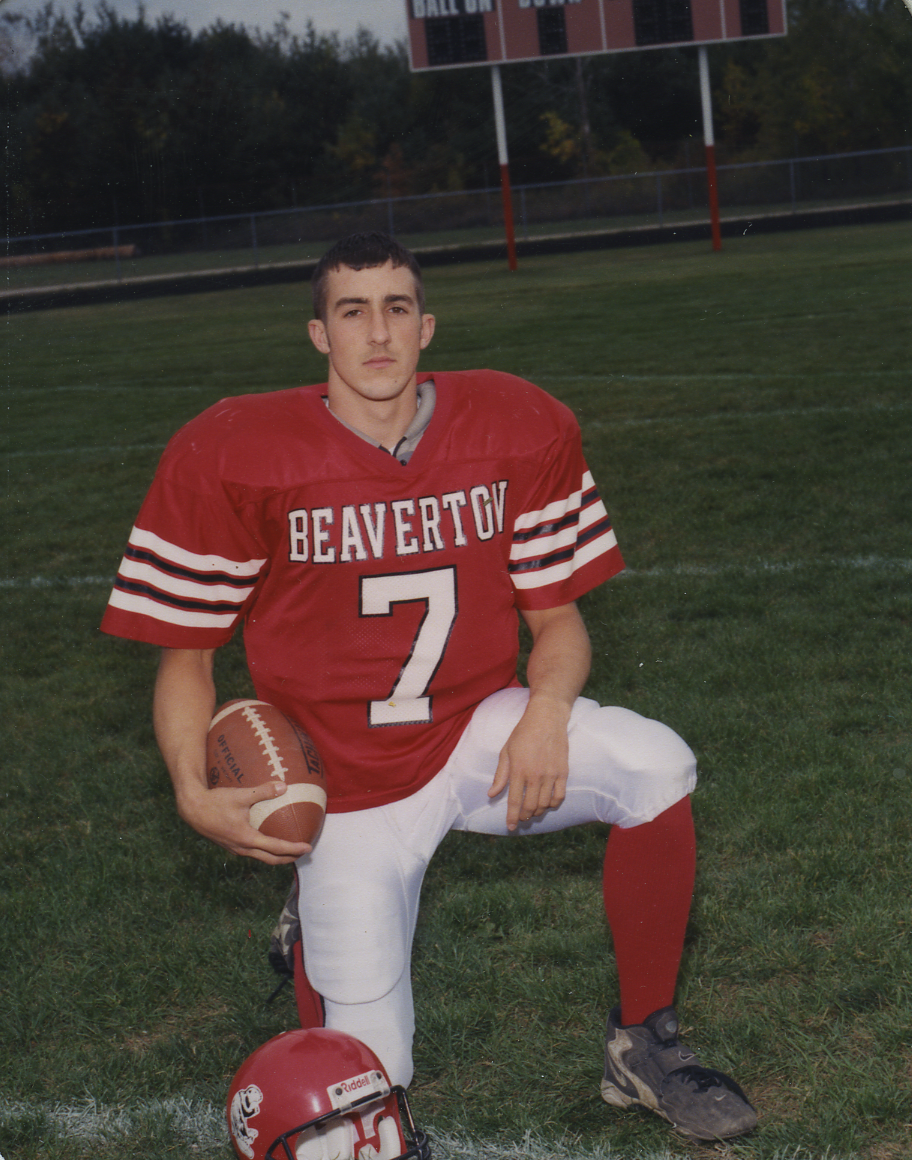 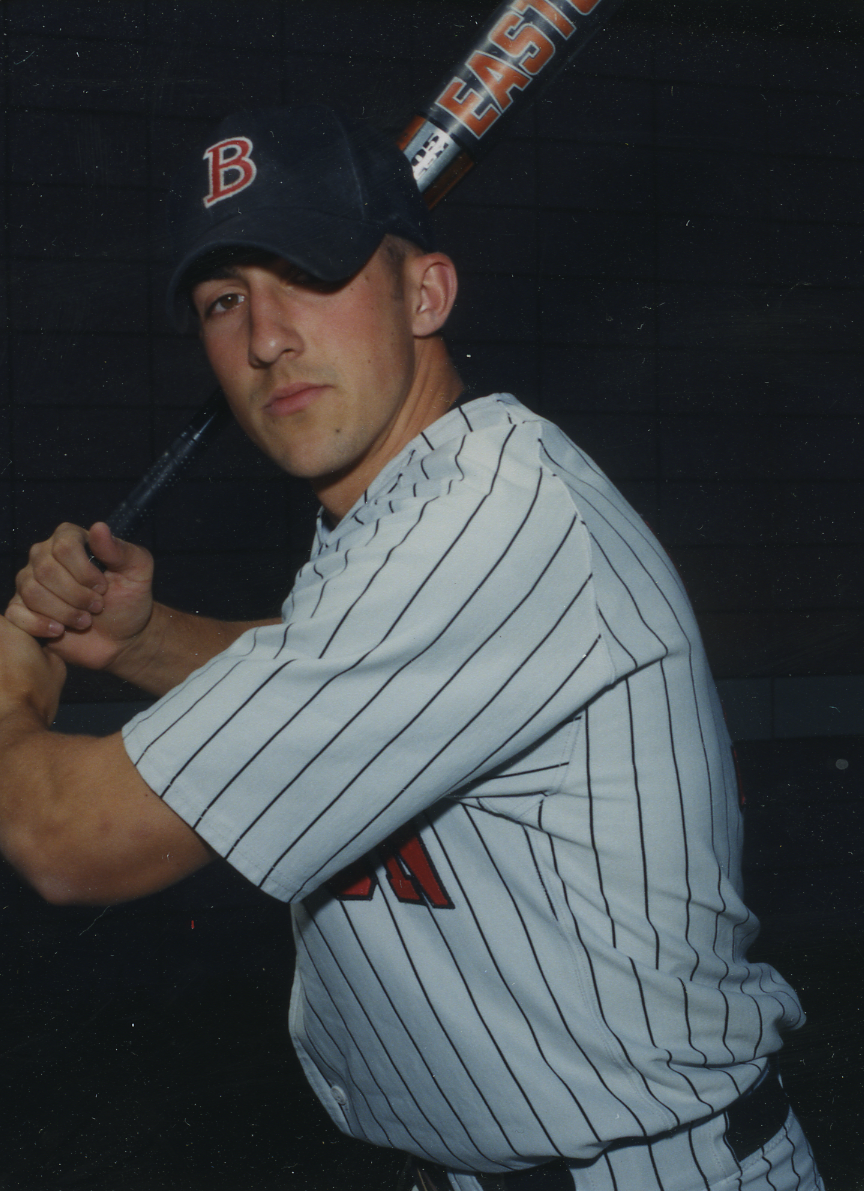 “Eric was one of those guy’s that gave you an extra edge when he was on your team. From his positive attitude to great athletic ability, he was the entire package!”

“I had the privilege of being a teammate of Eric’s for several summers on our American legion baseball team. We also went head to head as cross-town rivals in Football, basketball and baseball. Eric was one of the best teammates you could ever ask for. He was one of the hardest workers you will ever find and led by example every day. Having him as a teammate was a bit more enjoyable than having to play against him that’s for sure. A true class act as an athlete and a person.”

“Eric always had a positive attitude and never made excuses. He was the teammate anyone would want. Eric gave it 110% every day and always pushed himself to the limits to become a better player. Just being around Eric made myself and others work that much harder. I’ll personally never forget the hoop game at Gladwin trailing in the back court watching Eric drive the full length of the floor in the final seconds of the game to hit a game-winning layup at the buzzer (nor will any Flying G’).”

“Eric was top of the class in his leadership capability; his intensity, ability, and veracity to play every minute of every game and practice at the highest level – set the mark high. I remember the feeling with him on the court during critical game situations, it was easy to perform at a high level given his tenacity and guidance, but it was also easy to stay calm and collected as everyone knew the team was in good hands with him leading the charge. There was no opposing player or team who could get the best of us with him on our side.”

“I had the pleasure to play two sports with Eric; Football and Basketball. Our Football team did not have the best record, but Eric gave it his all 100% of the time regardless of the score. He worked extremely hard in the weight room, practice field and on Friday nights. Eric was not only a great athletic talent, and excellent student but a genuine great person. Work ethic, and Great family support provided the base for the person he was and has become. I was thankful to have him as a teammate and I am happy to call him my friend.”

“Eric, I wish I could be at your induction into Beaverton Athletic Hall of Fame. I will be out of town on that day, so I would like to take the opportunity to congratulate you now. Your sportsmanship and commitment on the court and field was exceptional. It was equally a pleasure to work with you in Literature and Writing classes. I am grateful to have had the opportunity to see so many fine scholar/athletes at Beaverton High School, and regard you as one of our very best.”