A BHS stalwart for more than 50 years, his service as one of our greatest community organizers ran the gamut, from bus driver to principal, from coach to athletic director, and numerous points in between. His active involvement at BHS paralleled some of the school’s greatest athletic achievements, and his voice as an administrator championed the accomplishments of the entire student body well beyond his retirement. His glowing smile never shone brighter than on September 4, 1989, when the BHS sports complex was rechristened Metzger Field.

Started his 50-plus year career at BHS with a 1938 contract worth $1,200 to teach commerce
Founded the community's first Boy Scout program
Took over as BHS principal in 1941, a post he held for more than 25 years
Returned to the classroom, but also filled many other duties over the course of his BHS career, including coach, athletic director, school bus driver and community education instructor
Continued to work in education following his retirement, serving as a board trustee at Mid Michigan Community College from 1986 through 1992
Decades of dedication to BHS were recognized when the school's sports complex was rededicated and renamed Metzger Field in 1989
Passed away in 1999

In high school, there are three kinds of adults. The ones you like; the ones you respect; and the ones you appreciate years later. Clarence Metzger was all three. Serving the Beaverton community and school for more than 50 years, he was many things to many people - teacher, principal, listening ear, sports booster and friend. His induction into the inaugural class of the Hall of Fame comes almost a decade after he passed away; his son, Tom Metzger, explained to HOF Q & A what Mr. Metzger would make of all this Hall of Fame business.

What would your dad think of this Hall of Fame induction?

Dad would have been deeply honored and pleased to be numbered among these people who have contributed to what he really worked for - teamwork and successes in the world of sports.  He would also say something like, "I really didn't do anything."

One could easily argue that your dad had a pretty critical influence on each of his fellow HOF inductees, as well as on many, many other people in Beaverton through the years. If he were here today, do you think he would he be able to step back and recognize his impact on so many people? What would he say to that?

He never really seemed to dwell or think about what he really was accomplishing as he was working with students.  He always enjoyed seeing former students later in life and hearing about their successes and goals in life. He would always say that he didn't do much at all, that the ability to succeed was always in each person.

Was your dad a competitive sports fan? Did he burn to beat Gladwin the way most folks in Beaverton do, for example, or was he more interested in the big picture of the benefits of getting kids involved in athletics?

Dad was always very competitive when it came to beating Gladwin.  He felt that "Butch" found a better home in Beaverton.  He cherished the victories, but didn't dwell on the losses.  He would say, "We'll get 'em next time".  He loved the Beaverton / Gladwin games because they brought out more interest in the sports he loved.

Of the best, the rule changes in football that protect the player a little more, such as making it illegal to block below the waist. One of the worst is the disrespect players have for the referees and coaches, including sideline language (from coaches and players). I would also like to see better participation from students that have the potential to play but do not go out for the sport. Restore the pride in BHS.

What was his reaction when BHS renamed the football field in his honor?

Who were some of the players your dad really enjoyed following through his many years at BHS?

I can't think of any of the players in particular, as Dad focused more on the team play that leads to success. He didn't favor or concentrate on any one team or sport and really love to see the teamwork in action, no matter what the sport of team.

Why do you think your dad stayed so involved with the school even after his time as principal was done? We know what he was contributing, but what was he getting out of it?

Dad got great pleasure out of anything that brought smiles and success to any student. He seemed as happy as could be when he was driving the handicapped children's bus; he would call them "his kids." He could get them to talk and play games to keep them busy as his team.

What would your dad think of the modern high school athlete? Would he marvel at how things have changed, or would it all seem mostly the same to him?

No doubt that Dad would marvel at the modern equipment and techniques that today's athletes use, but would still look for the individual and team cooperation that is necessary to be successful in sports.

There must have been some coaches, faculty and administrators that your dad would credit with helping him get to the Hall of Fame. Who, and why?

Dad would always hand the credit to someone else and would be the first to say that everyone did his or her part to the whole picture. If he were an artist, he would never have painted a single portrait, and would have concentrated on the group picture instead.

If there are any thoughts or memories you can share as your dad related to his fellow inductees, what would they be? Hall of Fame?

I can't think any one of fellow inductees as being mentioned, in particular, but a smile would have come to Dad's face at the mention of any one of these people. He would have remembered and said, "Remember when this one did this or that, this catch, or this pass, or this tackle, or this lay-up shot." 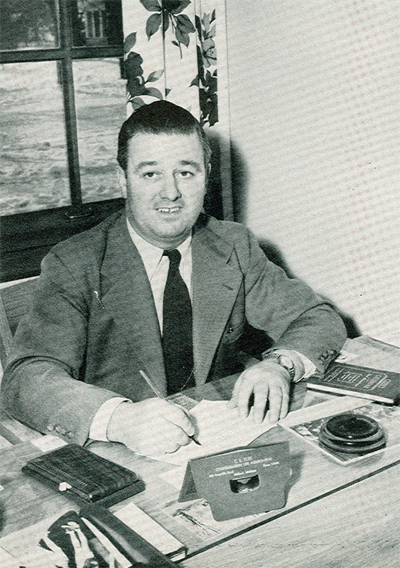 “His glowing smile showed best on September 4, 1989, when in his honor the BHS football field and sports complex was aptly dedicated and renamed Metzger Field – a fitting memorial for a man who touched so many lives for so many years and made such a lasting imprint on our community.”

“I worked with Mr. Metzger a few years before his retirement. He was Mr. Beaverton as far as I was concerned, and I hope to outlast him in years of service.”

“Clarence Metzger was a student’s principal. He loved being among the students and making conversation. You could always find him giving a helping hand, whether it was driving the bus to ball games, lining the football fields or picking trash up around the school. If you had a personal problem, he would always be a listening ear. When it came to discipline, he could bend (not break) the rules, depending on the circumstances of each case.”

“Clarence Metzger was always the same, to your face or behind your back, a wonderful man all the way around. I felt very fortunate to have him as my administrator for many years. His support and enthusiasm was very important to building a new program.”

“Clarence Metzger was Mr. BHS while I was in school. My parents spoke highly of him years before I knew who he was. I always trusted their judgment.”

“I remember Clarence Metzger mainly from the classroom. He was pleasant, and it was easy to learn what he wanted us to know. It was obvious that he loved kids.”