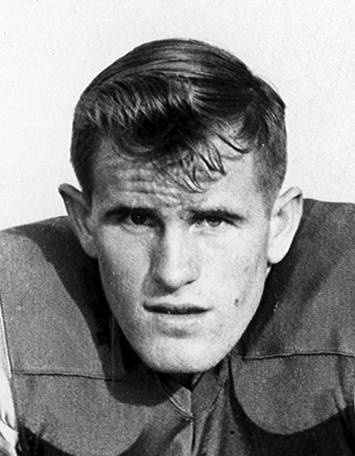 A relentless competitor fueled by heart, hustle and desire, he became the first player in BHS history to average 20 points per game, leading the Beavers to back-to-back conference championships in basketball. He also excelled at quarterback, earning all-area and all-state honorable mention honors. His dedication to youth athletics in Beaverton extended more than 50 years after he graduated, leaving an indelible mark on his community that would span several generations.

The first basketball player in BHS history to average 20 points per game and the only person to play in the school's four different gymnasiums, Ken Govitz's yearbook entry contains a simple yet telling phrase: Give me the ball and get out of the way. Settling in with HOF Q & A, Govitz shared his thoughts on the best coach he ever played for, his fellow '08 inductees and the unexpected thrill of a hot shower.

I loved all the sports—football, basketball, track and baseball. I couldn’t wait from when one sport ended and the next one started. I would say track is an individual sport within a team sport. You get out of it what you put in.

The guys that brought out the most in my game were the guys on the bench. The regular players knew each other’s weaknesses and strengths. All of the guys, including the guys on the bench, showed up for practice day in and day out, with no complaining. They were the real moral support before, during and after the game. They always had an encouraging word. Without these guys, you wouldn’t have had much of a team.

Joe Heath from Gladwin, the Hughey brothers from West Branch and Dave Lee from Houghton Lake. Coach Wolford’s theory on defeating your opponent was to keep cool and play your game, no matter what tactics they tried to use to upset you.

I think one thing that hurts high school athletics is over-exposure to a sport. Too much emphasis is placed on participating in only one sport to be able to compete.

Coach Wolford taught me the most, due to the fact that he coached me in all the sports. Let’s not forget Guerdon Schumacher, who was most responsible for starting the 7th and 8th grade basketball program in Beaverton. He gave me my first chance to play in an organized sport, and I will never forget him for that opportunity. Coach Wolford was a stickler for dress code, being respectful, having pride, displaying good sportsmanship and being responsible with your grades.

What are your favorite three memories from your playing days?

Beating Gladwin the last time we played them in the old community building in Gladwin. Beating them on a last-second shot caused the last major melee in the history of our rivalry.

On returning home from Houghton Lake, the school bus quit and three of us went on foot and beat the bus back to the gym.

Graduation day and the senior trip.

In football, who are your all-time BHS top players?

The proudest moment was the opening of our new gym in January, 1956, located at the corner of M-18 and Tonkin Street, after playing in the old community building next to the Gem Theater. We thought we were in heaven. We were so proud to host other teams coming to play in our new facility, with hot water showers and not seeing your breath while showering.

What thoughts and/or memories can you share on each of the other members of your Hall of Fame class?

To this day, Larry Gerow is the finest place-kicker in football that Gladwin County has ever had. He was a fine offensive and defensive player. Larry had the tools to play for a lot of universities had he so desired. He also was a fine baseball player. When it comes to chain gangs, he runs a mean crew (that is, along the high school field sidelines, not along the highways of South Carolina).

I only know Dan Grant from his athletic ability and his coaching days. He is a good, community-minded person.

Clarence Metzger was a student’s principal. He loved being among the students and making conversation. You could always find him giving a helping hand, whether it was driving the bus to ballgames, liming the football fields or picking trash up around the school. If you had a personal problem, he would always be a listening ear. When it came to discipline, he could bend (not break) the rules, depending on the circumstances of each case.

Becky Phillips has the heart of a champion and expressed it in whatever she did, whether it was in a sandlot game, high school basketball game, her church or as a teacher.

Dick Van Wieren was the best 5-4 and 6-3 coach (along with owning a couple of conference championships) that I’ve known. He played all of his players, and they loved him for it. I have never heard a bad word about Coach Van. He coached discipline, sportsmanship and respect. I have a lot of admiration for this guy. I am sure he held the same respect from the students he taught. 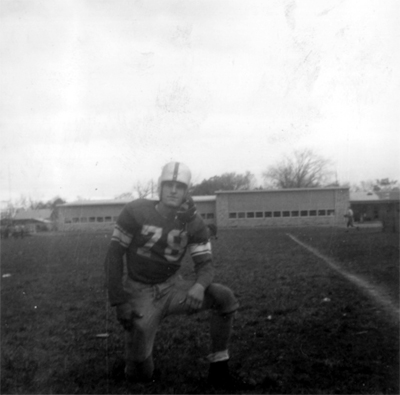 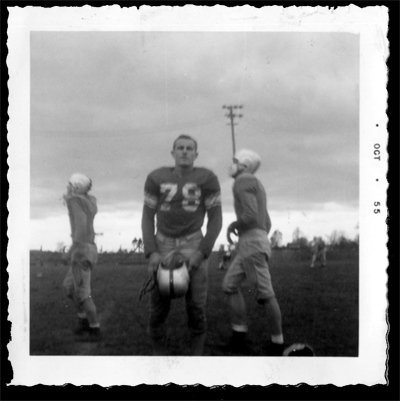 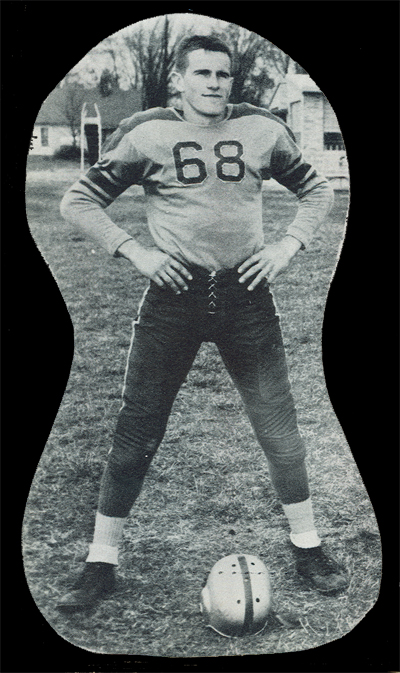 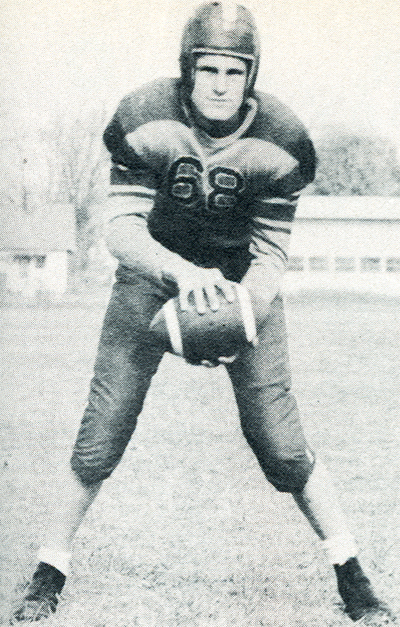 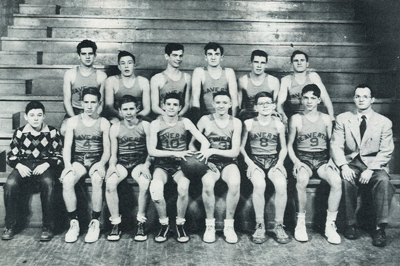 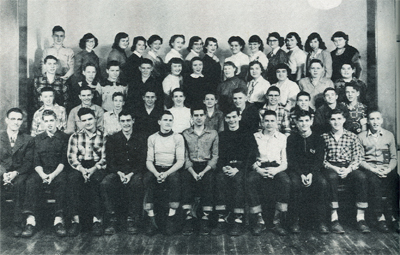 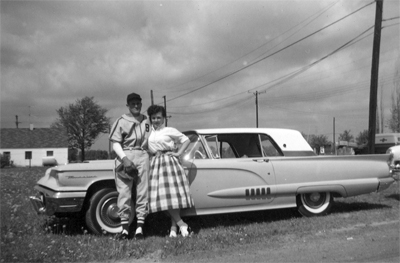 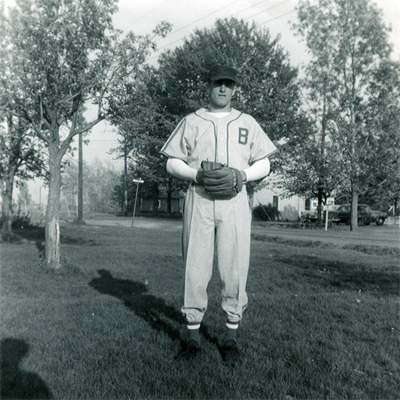 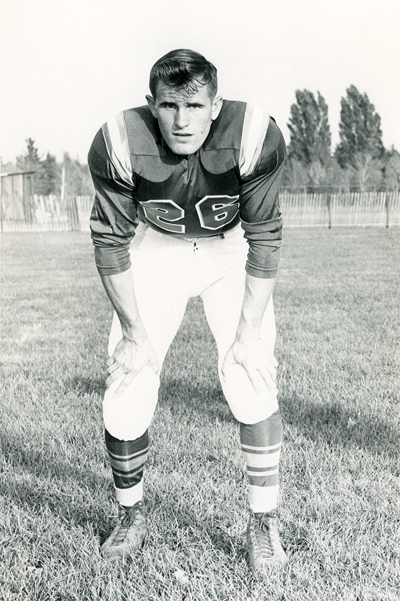 “I didn’t see Ken Govitz play, but I recognized that he was always around and supporting sporting events; he was interested and always talking the game, no matter what it was. I heard from Whitey Wilson of Frankenmuth – who was a great coach – who went to school with Ken at Northern Michigan, and he spoke very highly of him.”

“Ken Govitz was there on the sidelines when I arrived in Beaverton. He was one of sports’ greatest backers and he was always there for the kids. I can say ditto to Larry Gerow. Both of these guys were outstanding athletes in their time and always wanted the best for the young men of the community.”

“Ken Govitz was always around sports when I was younger. I’ve heard stories about him from my Uncle Bill, who played sports around the same time as Ken. It’s obvious he was a great athlete, and there is no question about Ken as a person.”