As a student, he was a three-year varsity player in basketball, football and particularly baseball, where he earned multiple all-area and all-region awards. As one of Beaverton’s most prolific coaches ever, he helmed numerous Beaver squads across four sports for more than 70 cumulative seasons, punctuated by a trip to the varsity baseball state championship in 2007, a feat unmatched by any coach Beaverton team sports history.

Played at Central Michigan University for 1.5 years before injury

What was it like growing up as the youngest (and smallest) in a large family full of athletes?
I was always competing against better, stronger, and faster athletes in my brothers.  And they helped me out a lot.  Not only was it good competition, but they also took the time to help me and make sure I was getting better.  Since I was the shortest, I had to learn how to shoot a hook shot real quick.  That was the only shot I could get off over my brother Steve.  I have to credit Steve in almost all of my development.  I would have to play basketball with him; and he would have to catch me in baseball.

What was your favorite sport to play while growing up as a kid?
Baseball by far.  I could have played that all day long, everyday.  We had a rubber ball that I would throw against the house or garage for hours on end.  I would use that to work on my fielding, throwing, back hand.  Baseball always came easy to me.

Who were some of your top competitors in the area?
Ron Fillmore immediately stands out.  He was from Meridian and was a three sport first-team all state player.  There is no doubt in my mind he was a pro player.  Kurt Shauger was also a great receiver from Meridian and Joel Stockford was a tremendous pitcher.  This was really the time that the Beaverton-Meridian rivalry started.  We were so even in all 3 sports, and we all played at a high level.  Meridian won the state championship that year in baseball in Class C, and they swept Dow High in a double header earlier in the year, and Dow won the state championship in Class A as well.  I threw three games against Meridian and gave up 1 hit in each game and lost all 3 of them!  That’s how good they were.

What were some of your most memorable moments as a player?
The first three basketball games of my senior year, we won all of them either at the buzzer or in overtime.  We won one game by running the “Freak Out Play” that coach Johnston showed us where we all acted like we didn’t know what was going on.  The TV stations were calling us the Cardiac Kids and this was when the Bleacher Creatures were really coming on.  It was just a fun time to play with all the community support.

Another favorite memory was our Homecoming football game against Houghton Lake.  I intercepted a pass on a screen and had no business even being in the vicinity.  Let somehow I ended up picking off the pass and returned it 80 yards for a touchdown.  As I was running, I looked over at the sideline and it was the only time I saw my dad on the sideline.  It was a special memory for me.

What was your proudest athletic achievement?
For me, it was just being able to play all three sports at a high level.  I played 3.5 years of varsity baseball, three years of varsity football, and three years of varsity basketball.  I then played at Central Michigan University on the baseball team for 1.5 years before I hurt my shoulder.  I won (depending on the sport) all conference, all district, all region awards.  But if you ask Roy, I was the only player to receive first team all conference in basketball without ever averaging double digit scoring in a season.  I did a little bit of everything.

Any great locker room stories?
For me, I had a great time with my teammates Scott Walters, Jeff Stone, Skeeter White, and Quentin Bashaw to name a few.

In my junior year in football, we beat Meridian when we ran a fake punt.  I faked the punt and threw a 35 yard touchdown pass to Skeeter to win the game. The sound on the bus riding home was just deafening we were all hooting and hollering so loud.  Then Coach Van got up and we thought he was going to calm us down.  But then he started celebrating and we knew it was a big win!

My sophomore year in basketball we were 0-19.  We won the last game of the year for our only win and we threw Coach Roy into the showers.  I can remember him yelling, “This is just like Chrysler!”

Who inspired you or who did you look up to athletically?
First and foremost, I got my work ethic and sense of humor from my dad.  Other than him, I was lucky to play for 2 of the best coaches in Coach Johnston and Coach Van Wieren.  They completely turned me into who I am today.  Coach Johnston worked me hard.  I wore out 3 pairs of shoes my sophomore year from doing so many drills.  The sales guy at the shoe store didn’t believe me when I would return them.  Coach Van will instilled in me a sense of confidence in leading a team.

As we transition into coaching, what sports and how many years did you coach?
I was just adding this up.  If you count all the total sports seasons, I would have coached for 74 years.  I coached 20 years of girls’ basketball from junior high to varsity.  I coached junior high boys’ basketball for 22 years.  I coached 6 years of varsity football, including winning the 1989 conference championship.  And I coached 26 years of varsity baseball, including making it to the state championship game in 2007 and the state semifinal game in 2008.

What was your greatest memory from coaching?
Without a doubt, it was going to the Final Four two years in a row for baseball.  The 2007 team was unbelievable in the fact that everyone bought into their role, whether it was to be the star player or the role player.  And they never gave up.  We had tremendous fan and community support both of those years.  When I look back on it now, it’s almost like that entire week was a blur.  The team would camp out in my yard, and they had a goose decoy that they took everywhere we went and made it in every picture.  It was our mascot for those runs.

What was your funniest moment in coaching?
The first game of girls basketball junior high coaching was memorable.  At the opening tip, we win the tip and get it to one of our girls.  She immediately takes off on a full spring without ever bothering to dribble just like a full back.  She stiff armed two defenders and juked a couple more.  You could just contain the laughter!

What does the word “Beaverton” mean to you?
No matter where or who we played, I continually heard this over and over throughout my time coaching.  I always heard that Beaverton played hard, but they were always good sports.  That meant a lot to me, not only as a coach, but a community member.  Beaverton is the friendliest place I have ever been.  The community takes care of each other, and never expects anything in return.  That’s just the way it is here.

What are your thoughts about this year’s inductees?
Alicia Russell was a heck of a basketball player.  She was a commanding presence on the court.  Josh Little was an excellent 3 sport athlete.  I know he excelled at pole vault, but because I coached baseball, I never made it to any of his meets.  But I could see him practicing at the track every day while we were on the baseball field, and I remember thinking, “I never want to go that high.”

What are your thoughts on being inducted into the Beaverton Athletics Hall of Fame?
Well, it is certainly quite an honor.  I know most of the other inductees personally, and I looked up to a lot of them my entire life.  It is nice to be recognized for all the years of coaching that I did, and I tried to carry on the Beaverton tradition.  I really feel humbled and I’m honored to be in with my brother Joe and my brother-in-law Dan Grant. 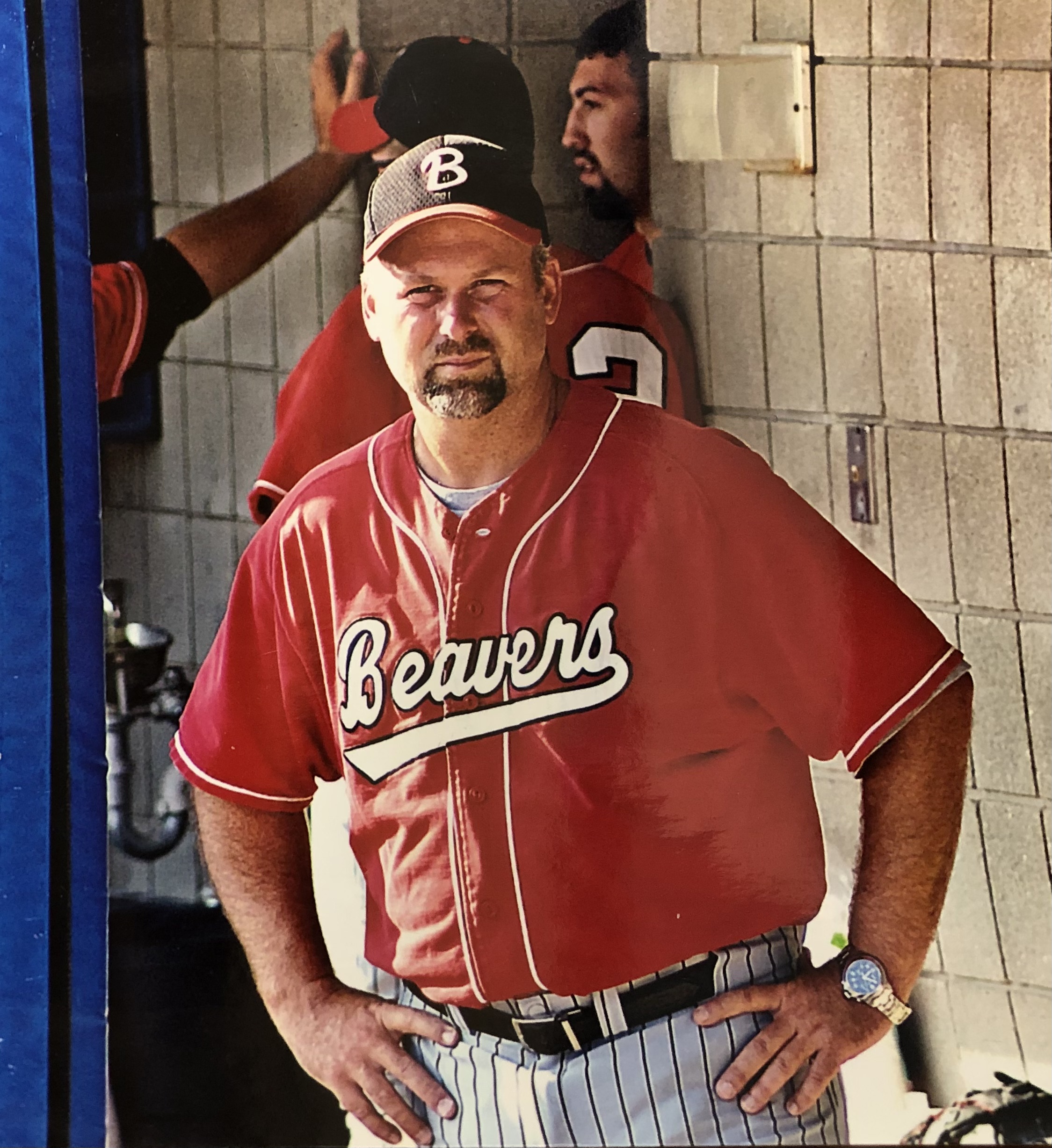 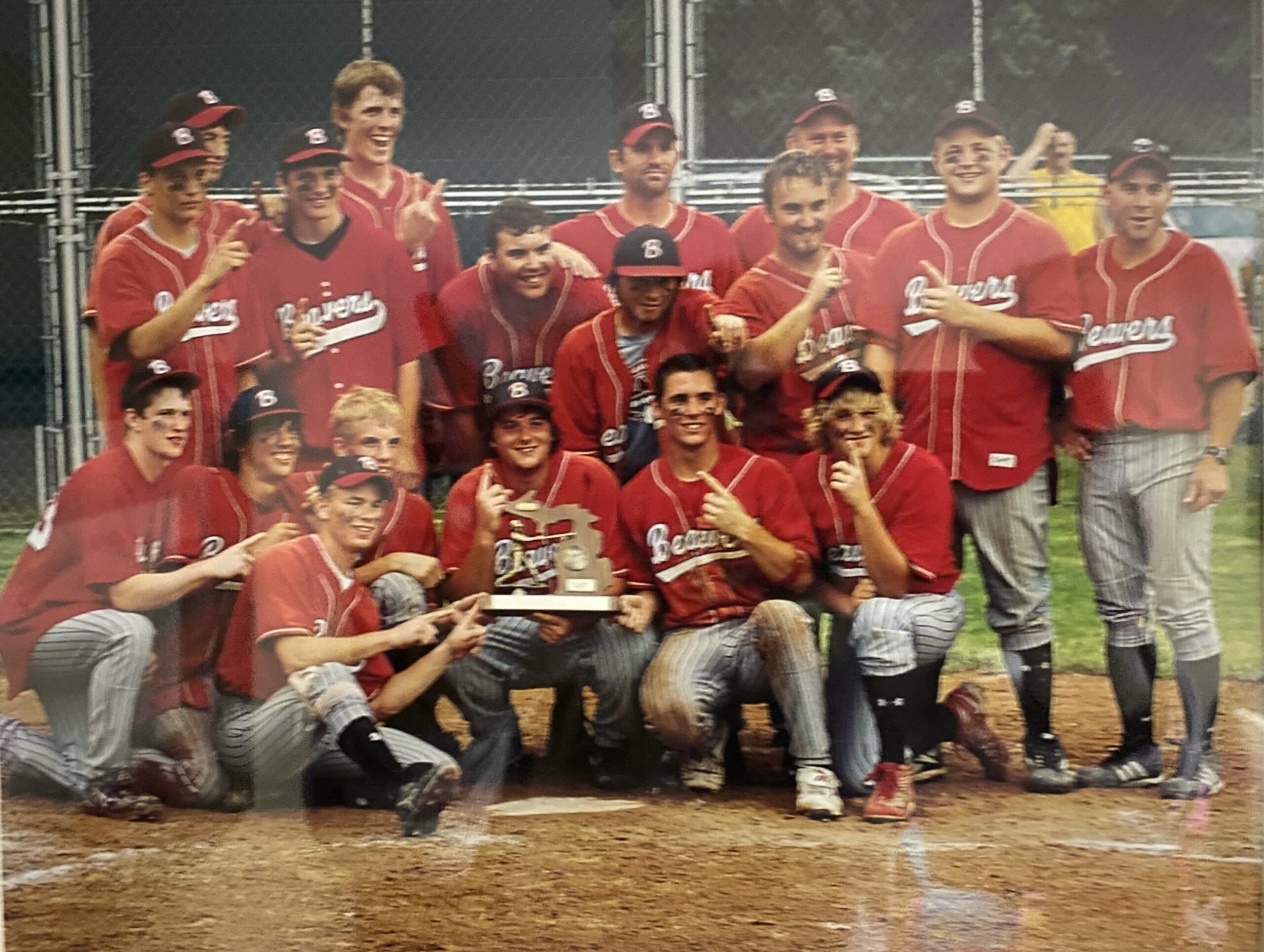 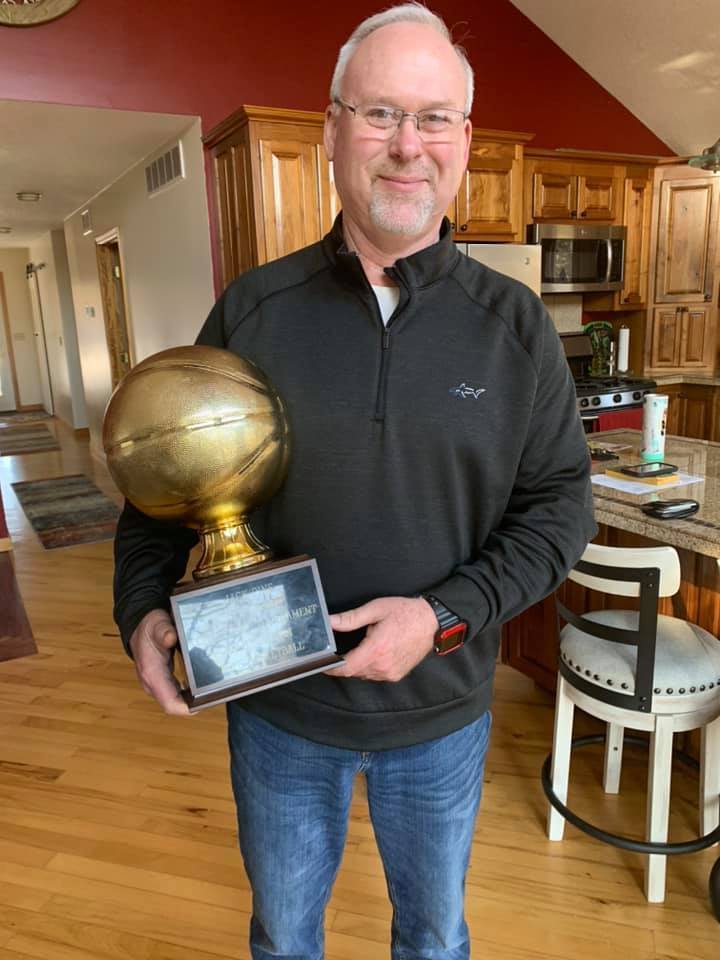 “My first memory of Beaverton Basketball was watching my Uncle John in the old red barn. I was just a few years old but remember it like yesterday. I remember how hard he worked on defense, how much effort he put into that part of the game. I even remembered exactly where I was sitting. That’s how much of an impression it made on me. The one thing that really stands out when I go back to that moment in time was how hard he worked. He was relentless. As my baseball coach, my teacher and Uncle, I can say this…John Mishler dedicated his life to the youth of our community. He left his impression on thousands of us as a leader, while maintaining the work ethic that was instilled in him on the farm growing up, just outside of town on the Tobacco River. Grandpa and Grandma sure would be proud of their youngest son. Congrats “Mish”!”

“It was only a matter of time for John Mishler’s induction ceremony. The question among those who watched him play and coach was, for which will he go in the Hall. John is aptly recognized for both, but to me, he was a model student and rare athlete who seemed to glide through any sport with ease and grace. Congratulations John on your remarkable career.”

“Many people get the pleasure of calling John Mishler their teacher, their coach or their mentor. I get the pleasure of calling him all of those as well as calling him, dad. My dad’s successes are many of the athletic type, both as a coach and player, but getting to hear all about them through stories growing up, is something I will forever cherish. Also, getting to watch him in action as a little kid was nothing short of extraordinary both on the field or court, and off. I wanted to be just like him. Although he has many accomplishments to be proud of, I believe he would say his fondest accomplishment is raising his three kids and now, getting to see his grandkids grow up. I was privileged to have a great hero to look up to while growing up and would like to personally thank “Mr. Mishler” for always stopping his very busy life to play ball or catch in the back yard, a quick game of “around the world” on the basketball slab in the driveway, chasing softballs across M-18 when they were hit out of the yard, letting us play basketball during men’s league on the sidelines (and moving the basketball calmy every time is rolled into the middle of a game) and even watching a pom routine ten times and pretending to enjoy, each and every time. Lastly, thank you for always taking time to teach us kids and all those you encountered about the importance of sportsmanship and the true meanings of life. It’s never just about winning to you, it’s about the lessons within and the fun in between. Congratulations, Dad and thank you! I love you.”