If she wasn't the greatest Beaverette to ever lace up the hightops (a 49 point game puts you in pretty elite company), Theresa Gunningham is surely in the conversation. She sat down for a chat of a different flavor with HOF Q & A.

I liked basketball and softball. Basketball, I just liked it better. But softball was fun. I started playing basketball in the 7th grade under coach Becky Phillips; I actually played in the women's league with her. I love her; she’s still playing basketball. I’m playing less, with things going on, and I’m one of the younger ones on our team. I’ve learned with her to stay with it, and it’s great exercise to stay in shape. I was proud to be the MDN Player of the Year two years in a row and attending a Midland Banquet.

Our team worked hard. There weren’t that many of us - we only had eight girls one of those years. Rhonda Frasher, Susie Garvin, Tammy Cingano and Tammy Tyre really helped me out. We gelled pretty good as a team.

I remember Meridian always being pretty good. In my junior year, we won the districts and then lost the regional game - we lost at Ithaca against Williamston from the Lansing area. We didn’t play well and they did, and we never got going. I think they were the better team. In my senior year, we didn’t win the conference, and no district title either.

In the time since you played at BHS, what are the best and worst things that have happened to high school athletics?

Since I played, more girls are interested in playing, so that’s evolved, and they're also starting younger. I have a daughter now playing and she’s going to be as tall as I am, I think, and she’s playing well. But her favorite sport is softball. I also played softball and I had a high batting average, maybe the highest, but basketball was my favorite. I was the first basemen and pitched a bit, but didn’t like it nearly as much.

I didn't like it when the seasons changed. I didn’t agree with the concept - I just liked the separation. What's better today is there are more people in the stands.

I learned the most from Jim Emery. He was my coach as a junior and senior. He worked with me on my baseline shot, rebounding and turnaround shot.

First would have to be winning the districts. That was the first (girls) one in school history; and then again in the early 90s another team won, with Jennifer Johnston and my sister Missy. My second would have to be my 49-point game. It was a close game against Houghton Lake in Beaverton and the stands weren’t that full. It was just a back-and-forth, up-and-down game - they score, we score. So not the best defense, pretty much all inside shots within 10 feet. This was prior to the three-point shot, and I remember missing a couple at the end which would have put me at or over 50, but I really didn’t know how many points I had. If I did, I probably would have made a free throw (laughs). I was a pretty good free throw shooter. I had a few other high games in the 30s but that was my highest. I averaged in the 20s.

Doyle Durkee and Mike Garvin. Doyle coached after I left, but what I recall is a great player. On the girls side, I’d have to say I don’t know that many before me, but Jennifer Johnston and Monica Badger.

What is your proudest BHS moments as a player, coach or fan?

As a player, I’d have to say it would be winning the district title. It was so memorable, being the first time in history for the school. And I’ll always have my name associated with it. As a fan, when the boys went in '84 and also again in 2001-2002 playing at FSU, although we lost, it was a great memory.

Are there any thoughts and/or memories you can share on other members of the Hall of Fame?

I don’t really know Ken Govitz - just the Govitz name, and I know that their family had some good ball players, like Dick Govitz. Clarence Metzger was a big-time Beaverton supporter, and of course, the field is named after Mr. Metzger. Becky Phillips is a great lady and good athlete who was named to the first class. Dick Van Wieren coached for a long time in Beaverton, and was a good football coach for our school.

It’s neat. My family is really excited - I called my parents and told them to keep the dates open, and I told them I was enshrined and they were excited. When I opened the letter I was actually kind of sick that day, but I was so excited. My mom and dad - especially dad - are very proud. Dad was a good athlete who played at St. Claire Shores, and he was a mentor for me. I have a husband and two children, both playing sports. My 13-year-old daughter and my 11-year-old son are playing at Sacred Heart Academy in Mt. Pleasant. It reminds me of Beaverton - it’s a small school with a rich tradition and great athletic pride. I haven’t strayed too far from Beaverton; it’s a great place to grow up, and it’s always fun to come back. 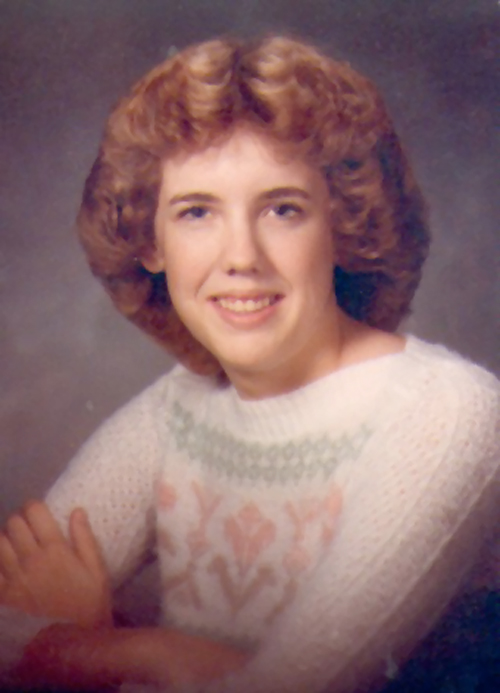 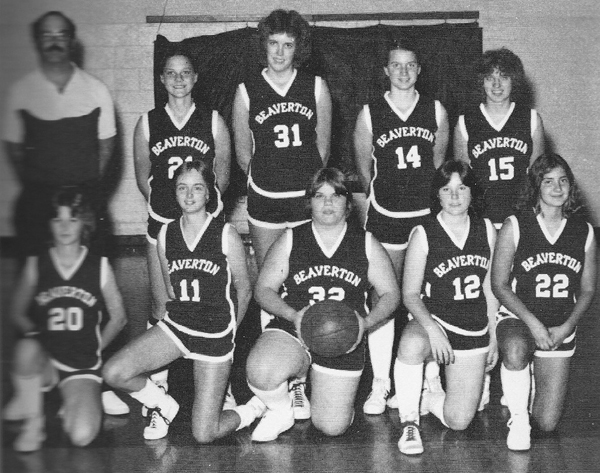 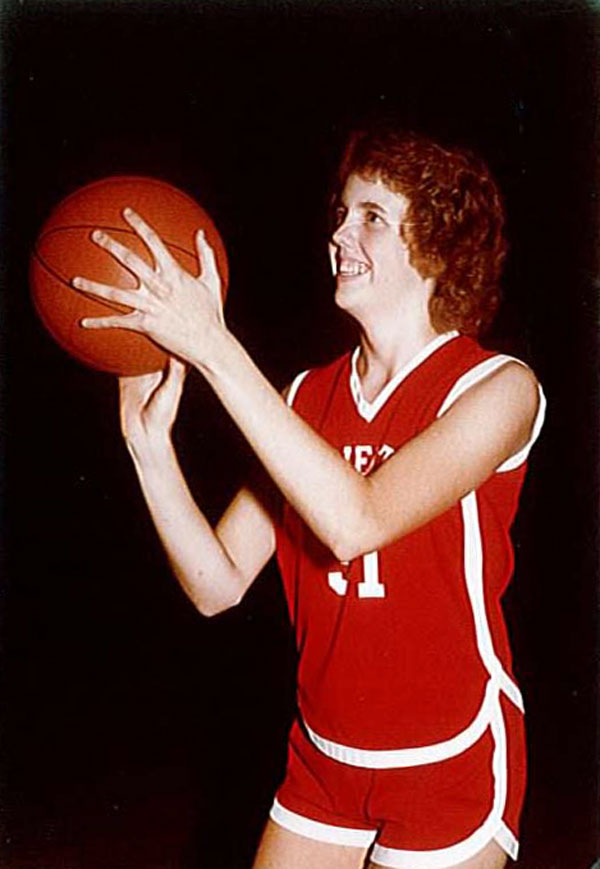 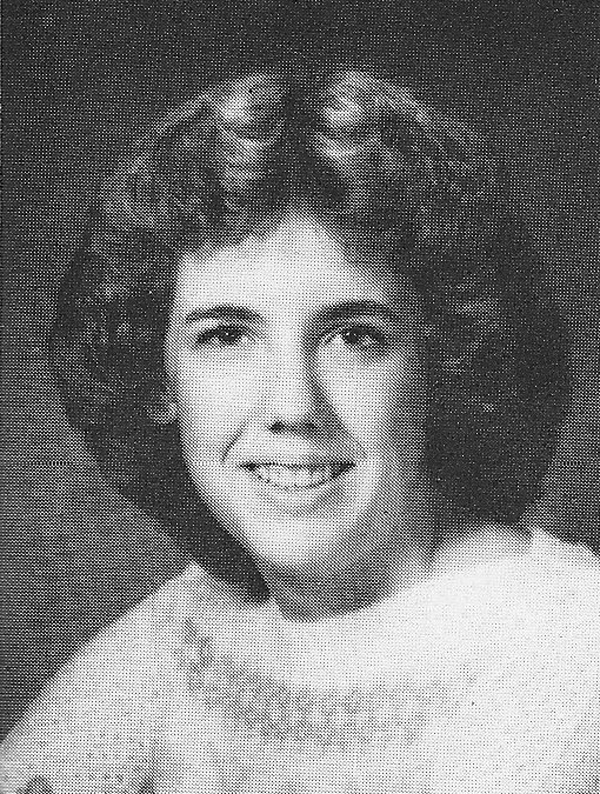 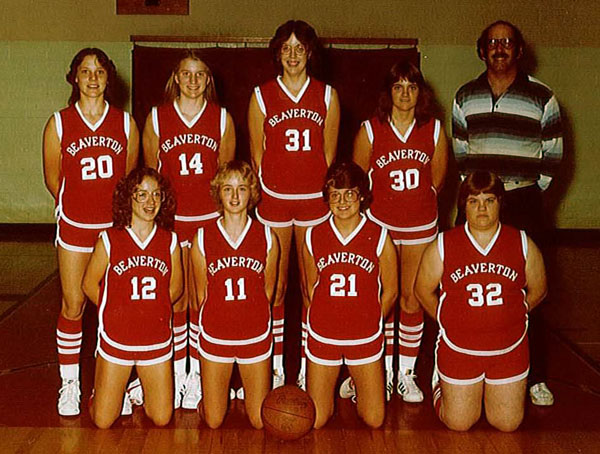 “Theresa was a very good player because she was a team player who worked hard for her team and not herself. She never went into a game to be the record scorer. She would hit the open person, but she had good height and would score a lot. On the softball diamond, she worked hard and had a good glove. Theresa was a nice person who would never look down on or criticize her teammates – she was a team player. I’m proud and glad that she’s going into the Hall; she was always fun to be around.”

“I was the JV coach at the time that Theresa played. She was a hard worker and had a great, pleasant personality – always happy and very coachable. She’s very deserving as a Hall of Fame member and I’m pleased for her.”

“She was very pleasant and soft-spoken, but on the floor, she was a terror for the opposition. She could dominate both ends of the floor; she could flat-out score.”

“Theresa was just an all-around team player and individual player. She was so easy to coach and is an all-around good gal in all walks of life. I still play ball with her in the league and she’s always happy and just a good sport. She has good height and if she had it down low, she could turn and put it in the basket. When the girls would get the ball to her, she would score.”