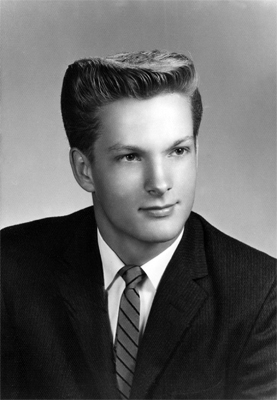 An absolute tank in the trenches, he earned the reputation as one of the greatest blockers in school history as the All-Area, All-State and All-American anchor of an offensive line that helped outscore opponents 222-46 in 1961. A superior placekicker, he was also an all-area performer on the baseball field, leading the 1961 BHS squad in hitting and RBIs. A tireless advocate for BHS athletics, he has dedicated immeasurable time and effort to improving the fields of play, as well as the games themselves.

All Conference
All Area All State Class C - First Team
All American High School Squad as selected by the Wigwam Wiseman of America
Kicked 18 extra point conversions & 2 field goals during the 1961 season
His coach, Joe Mikolajczak, called Gerow "the best blocker I've ever seen in high school football."
As his team's kickoff specialist, he averaged 44.8 yards per kick and booted two field goals and 16 extra points in 1961
BHS team ranked 3rd in the state for most of the 1961 season and boasted one of central Michigan's leading offensive teams; outscored opponents 222-46; shut out first four opponents 180-0

All Area Honorable mention as a catcher for the BHS baseball team as a junior, leading the team in hitting and RBIs
As a senior on the baseball team, won three straight games in the Mt. Pleasant Invitational before losing in the finals to Edmore, 2-1
Received the Beaverton Lions Club annual award for outstanding boy athlete in 1962
Also a BHS standout in basketball, track and bowling

Has served on the BHS Football chain gang since 1980, a post he maintains today
Spent many hours helping relocate the football field to its present location and constructing the BYRP's baseball diamonds
Kept the clock at boys JV & varsity basketball games from 1984 to 1989

As the All-American anchor of a BHS offensive line that outscored opponents 222-46 in the 1961 season, Larry Gerow knew plenty about moving the chains. Almost 50 years later, he still does, as part of the BHS football crew's chain gang. Following notification that he'd been named a member of Beaverton HOF's inaugural class, he spent some time sharing his thoughts on BHS sports.

Like many players in your day, you played multiple sports. Which was your favorite?

Football; that's the one I enjoyed the most.

Doug Redman from Gladwin - you had to account for him on every play, whether he got the ball or not. He was an All-State caliber player with speed. Al Charboneau from Pinconning was another player that you had to watch out for on every play. He could run with power or with speed.

Of the best, the rule changes in football that protect the player a little more, such as making it illegal to block below the waist. One of the worst is the disrespect players have for the referees and coaches, including sideline language (from coaches and players). I would also like to see better participation from students that have the potential to play but do not go out for the sport. Restore the pride in BHS.

The coach that I learned the most from was Coach Joe Mikolajczak. He taught us sportsmanship, teamwork and respect for coaches and teammates.

1) A 32-yard field goal I kicked against Gladwin in my senior year.

2) Kicked five conversions, ran for one and kicked a 22-yard field goal against Arenac Eastern.

3) Jim Newman changing the play call by Coach Mike for an extra point conversion to a pass play, and the butt-chewing he received in the locker room at halftime. 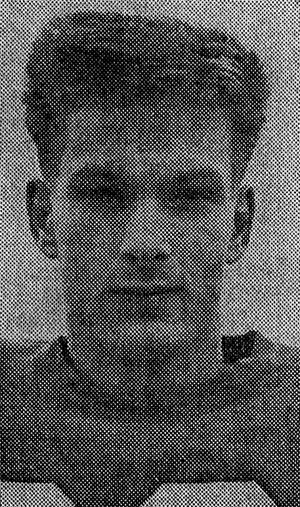 “I didn’t know or see Larry Gerow play, but in hearing about him, I knew he was good, and I know he’s working the sidelines ever since I’ve been around, and he’s done it for free. Larry is an All-American and that takes some God-given ability and a lot of dedication and hard work.”

“To this day, Larry Gerow is the finest place-kicker in football that Gladwin County has ever had. He was a fine offensive and defensive player. Larry had the tools to play for a lot of universities had he so desired. He also was a fine baseball player. When it comes to chain gangs, he runs a mean crew (that is, along the high school field sidelines, not along the highways of South Carolina).”

“The best blocker I ever saw in high school football.”

“Ken Govitz was there on the sidelines when I arrived in Beaverton. He was one of sports’ greatest backers and he was always there for the kids. I can say ditto to Larry Gerow. Both of these guys were outstanding athletes in their time and always wanted the best for the young men of the community. Larry ran the chains for many years and you could always count on him.”

“Larry worked the chains at the football games for years. I asked my dad about him and Dad explained what a great person and athlete he was. I can tell that my dad was right.”