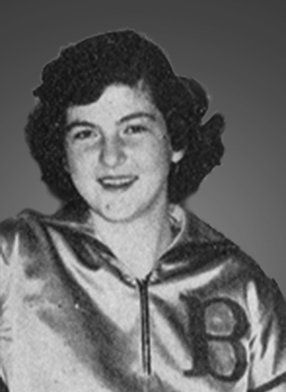 A true trailblazer, her name is synonymous with women’s basketball in Beaverton. As a senior, she was responsible for more than one-third of her team’s scoring, averaging 13.6 points per game. As a coach, she led the local transformation in the ladies’ game from 6-on-6 to 5-on-5 and capped her sideline career with back-to-back conference championships and an undefeated final season. Some of her greatest off-the-court contributions to the community came in the classroom, where she taught junior high mathematics for 32 years.

Among the players she coached was her daughter, Sherry
Her high school coach was Emma Jean Hilliard
She graduated from Central Michigan University
Serves on three boards of directors
As of her induction, she continues to play competitive basketball, more than 50 years after graduation

When it comes to ladies' basketball, it's safe to say the game has changed a bit since Becky Phillips suited up in high school. As one of BHS's earliest standout female athletes, Phillips was up close and personal as the game evolved, first as a player and later as coach. She sat down with HOF Q & A to talk about the transition.

Having been over 50 years ago, it is hard to remember much. Since back then you were either on offense or defense, it is hard to compare players. Fern Wrey was probably the best defensive player. The offensive players that contributed a lot to our success were Andrea (McVey) Burdett and Pat (Hagenbaugh) Govitz. Our senior year we were 6-1-1.

We had no clue or plan how to win each game. We just played.

These things made for a very slow game. But we loved it because we didn’t know the difference. We were never taught to use the backboard; sometimes, we were just lucky and it went in. I played defense three years and offense my senior year. We would practice during school, for 45 minutes during lunch.

When I started coaching in 1968, the game had improved some. There were still six players on the court. Two players could cross back and forth on both ends. Someone must have thought that only some girls could run. There was finally unlimited dribbling and a player could steal the ball from an opponent.

In 1970-71, we went to a five-player team. Since most coaches were new at this game, there was a lot of learning to be done.

I had only one coach, Emmagene Hillier, and she taught us to have fun.

The best thing is that girls’ sports were given more recognition and so good coaches were willing to coach girls and their skills improved. The worst thing about all sports is the rudeness and language of the parents and fans.

What are your favorite memories from your playing days?

There weren’t many close schools, so we had to travel a long distance to all of our games, except Gladwin. We got close as a team on those long trips. We came in second place out of eight teams during my senior year.

I was not involved much in sports when I was doing foster care, so I’m sure I would not necessarily choose the best five. The ones that I remember were Jennifer Johnston, Jackie (Ashcroft) Meador, Terry (Gunningham) Methner, Monica (Badger) North, Beth Claypool and Missy (Garvin) McCoy.  I may be a little prejudiced on the last one.

My last two years of coaching varsity, we were first in the conference. The last year we were 14-0 in the conference. As a grandparent, I was proud of my granddaughter, Missy Garvin, when she made the basketball dream team. I was also very proud of my grandson, Nathan Garvin. He was a leader on and off the field (or court). He was always even-tempered, and in charge of keeping some others settled.

What was it like to coach your daughter in basketball?

Sherry was easy to coach. She was a hard worker and willing to learn. The team seemed to like her a lot.

I appreciate that I was chosen, but I only did it because I loved it. I feel very humbled by being in the company of such a great roster of inductees. 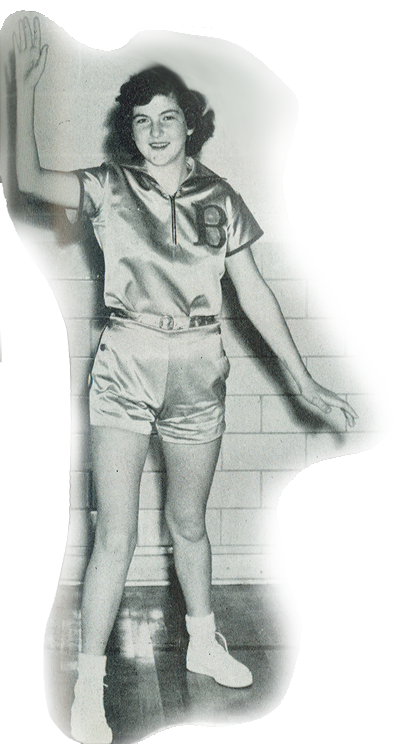 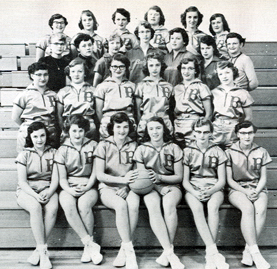 “Of course she played before I arrived, but she taught and coached girls later in her career. She could coach all levels – girls at 7th grade through varsity. She was a part of Beaverton basketball and the evolution of full court, five-on-five basketball.”

“Becky has the heart of a champion and expressed it in whatever she did, whether it was in a sandlot game, high school basketball game, her church or as a teacher.”

“I didn’t work with Becky Phillips, but I have been grateful for her work with the girls’ sports. I have two daughters and wanted them to have a chance to be a part of the teamwork and camaraderie that comes with playing on a team, too.”

“Becky Phillips coached my wife, Patty, in basketball; Patty always liked her. I never knew her as a coach, player or teacher, but have since respected her as a youth teacher and active member of her church. She is a special lady.”